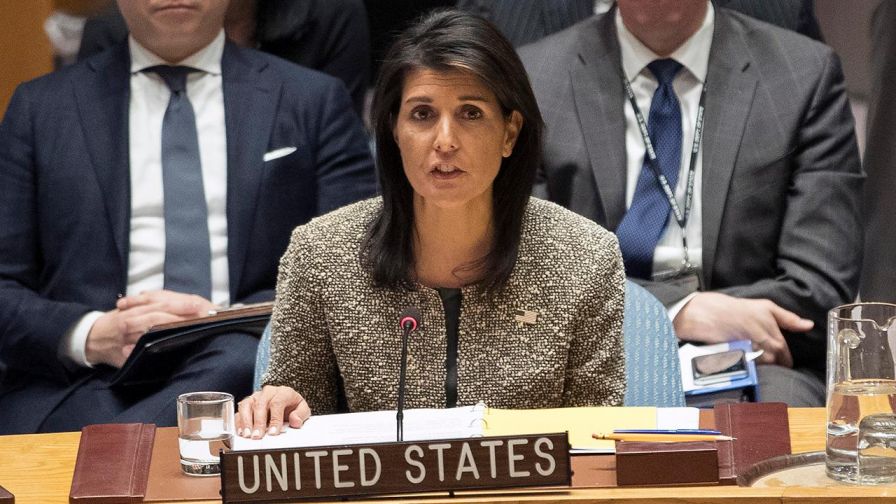 The UN General Assembly on Wednesday adopted by a strong majority of 120 countries an Arab-backed resolution condemning Israel for Palestinian deaths in Gaza and rejected a US bid to blame Hamas for the violence.

The resolution deplores Israel’s use of “excessive, disproportionate and indiscriminate force” against Palestinian civilians and calls for protection measures for Palestinians in Gaza and the occupied West Bank.

At least 129 Palestinians have been killed by Israeli fire during protests near the border with Gaza that began at the end of March. No Israelis have died.

Presented by Algeria and Turkey on behalf of Arab and Muslim countries, the measure won a decisive 120 votes in the 193-member assembly, with 8 votes against and 45 abstentions.

US Ambassador Nikki Haley dismissed the resolution as “one-sided” and accused Arab countries of trying to score political points at home by seeking to condemn Israel at the United Nations.

“For some, attacking Israel is their favorite political sport.  That’s why we are here today,” Haley told the assembly.

An amendment presented by the United States that condemned Hamas for “inciting violence” along the border with Gaza failed to garner the two-third majority needed for adoption.

Read the report and watch the new item from SBS TV News.