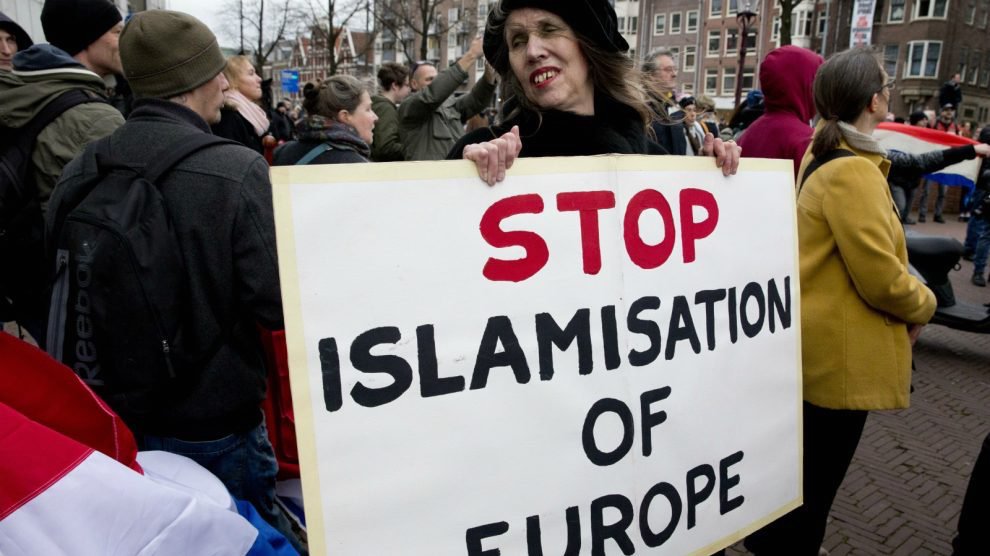 A decade ago, Austria was a European country where Muslims felt they could live in peace. Islam was a recognized religion since 1912, the population seemed tolerant and the government maintained a constructive dialogue with community leaders.

Now the government includes a far-right party openly against Muslims and migrants, some mosques have recently been closed down as security threats and politicians are asking whether Muslims should be barred from fasting at school during Ramadan.

Times are getting more difficult for members of minority religions across Europe as nationalism, security fears and anti-immigrant movements gain ground. Trends building up since 9/11 have accelerated in the past few years, especially hitting Muslims and Jews.

Carla Amina Baghajati, a Muslim school administrator in Vienna, sounded nostalgic as she reminisced about the not-so-distant past. “Even in little Austria, global trends hit us,” she told RNS.

“The old days are long gone,” she said. “If you’re visibly Muslim on the street, for example a woman with a headscarf, you’re looked at differently now. I haven’t met anyone who says it’s like it used to be.”

Casual insults and discrimination are frequent now but young Muslims tell her they don’t bother reporting them. “They say, ‘What’s the use?’” she said.

The Washington-based Pew Research Center issued a report on religious freedom around the world last week that found that Europe registered the sharpest increase in “social hostilities concerning religion” in 2016, the last year for which it has full statistics.

About one-third of European countries had political parties that openly agitated against religious minorities in 2016, a jump from one-fifth the previous year, it said. The number of like-minded activist groups harassing minorities was also on the rise.

“The majority of social groups displaying this kind of nationalist or anti-immigrant and anti-minority activity – 25 out of the 32 – were in European countries,” the report said. Harassment was aimed mostly at Muslims and Jews, although other faiths – including some Christian groups in a few places – also faced discrimination.

Read the article by Tom Henegan in Sight Magazine.