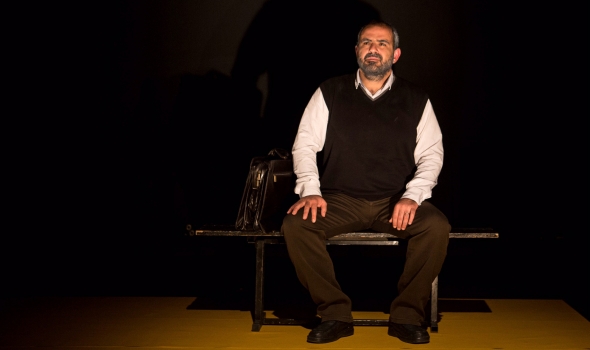 Palestinian writer and performer Amer Hlehel breathes life into TAHA. In the theatre performance based on the heartfelt journey of Palestinian poet Taha Muhammad Ali, who, after the war destroys his home village of Saffuriya, attempts to build a life for himself and his family.

Amer encapsulates Taha’s struggles by immersing the audience in his journey, as he navigates Haifa and Nazareth and attempts to cope with the loss and heartache that has transformed his life.

“I want to tell this story because Taha won the catastrophe and all the losses in his life,” Hlehel explains. “He was a very unique voice of the Palestinian people in poetry, so that’s why I chose to perform his story.

“Taha and his family left their village during the war, but when they tried to go home after a year, they discovered that their village was destroyed. They weren’t allowed to go back to their homes and their land, and then they had to live in Nazareth. The place is no longer called Palestine, it’s now called Israel and it’s a new state and a new regime.”

Read the preview in Beat magazine.