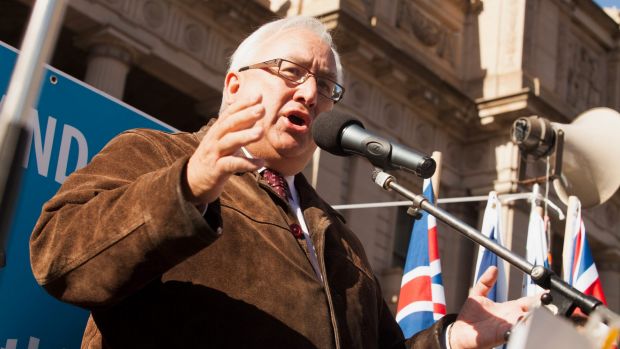 Veteran Michael Danby ready to call it a day

A Labor lion has decided to roar no more, at least in parliament.

Michael Danby, one of Bill Shorten’s strongest supporters in the federal Labor caucus, has ­decided to retire from politics at the next election. Mr Danby, 63, has held the marginal seat of Melbourne Ports since 1998.

The Victorian Labor Party factional heavyweights have decided to re-endorse all sitting members and the party’s administrative committee is expected to ratify that decision next week.

Mr Danby was assured of preselection but has decided to ­announce his retirement early to give the Labor Party plenty of time to select a replacement.

“This is the right time to trans­ition to a new career in Australia or international affairs. I am looking forward to this next chapter in my life.”