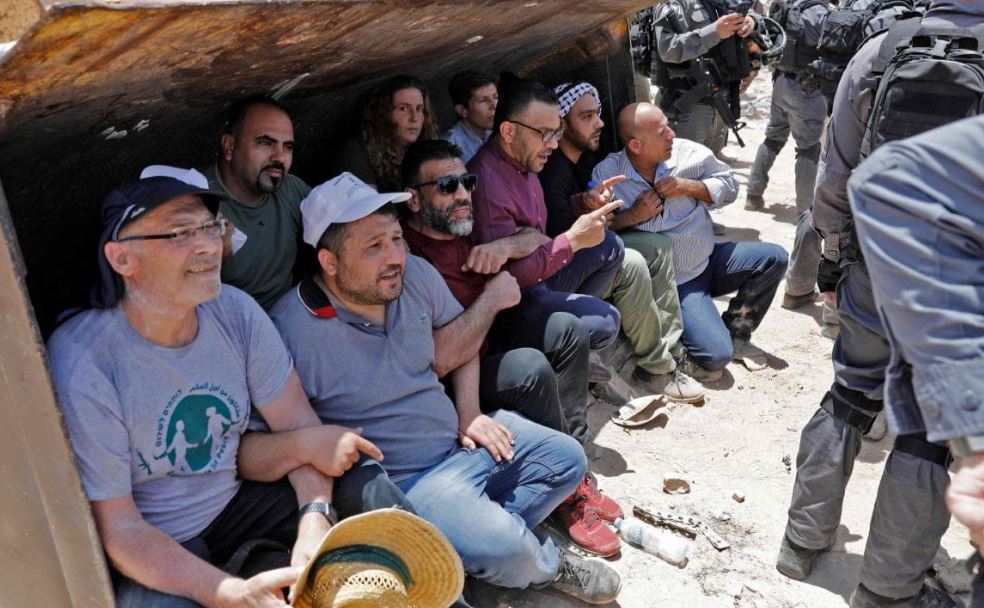 Scuffles have broken out between Israeli authorities and protesters who fear preparations are under way to raze a Bedouin village in a strategic part of the occupied West Bank, despite international calls for a ­reprieve.

Protesters, including some waving Palestinian flags, tried to block a bulldozer and tussled with police at Khan al-Ahmar, east of Jerusalem, on Wednesday.

Some climbed onto the bulldozer in protest.

The confrontation came after activists said the Israeli military had issued a warrant to the 173 residents of Khan al-Ahmar on Tuesday, authorising soldiers to seize access roads to the village.

Read the report in The Australian.