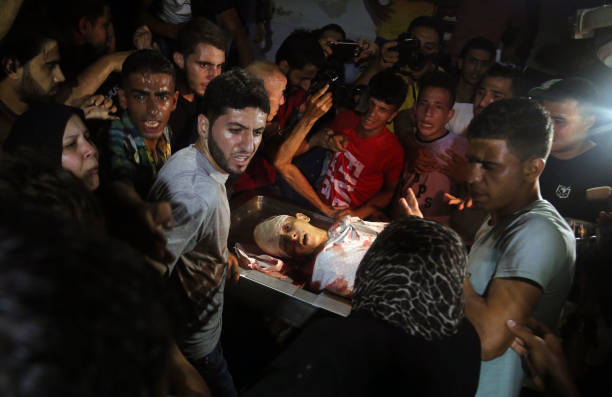 Devastated family members have attended the funerals for two Palestinian boys killed in an Israeli air strike at the weekend.

The mother of one of the boys told reporters they were playing on the roof of an unfinished building, when it was hit by an Israeli missile.

A fragile truce is in place between Israel and Hamas militants, but the Israeli Prime Minister is warning his country’s army will respond to any more provocations.

Listen to the report by Sean Rubinsztein-Dunlop on the ABC AM program.