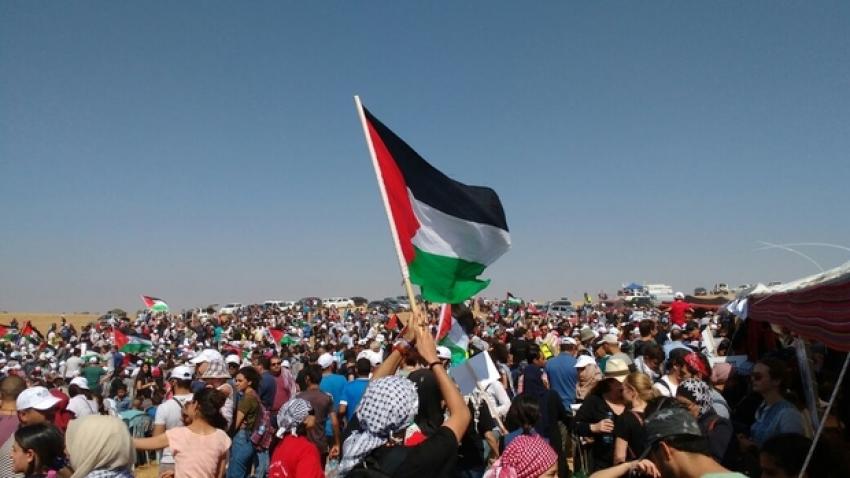 As Israel passes legislation that reinforces its apartheid system against non-Jews, Palestinians across the West Bank and Gaza, bearing the brunt of Israel’s plethora of discriminatory laws and practice, continue to resist, writes Lisa Gleeson.

Dozens of already existing laws entrench Palestinians’ place as second-class citizens, either within the official borders of Israel or the occupied territories of the West Bank and Gaza.

According to Palestinian Liberation Organisation secretary-general Saeb Erekat, the de-factoapartheid of the past 70 years has become de jure apartheid across all of historical Palestine.

Palestinians living under apartheid have very limited means with which to fight back against the growing illegal settlements that take ever-more land and resources, or the Israeli Defence Force that brutally upholds apartheid.

Israel’s problem in countering the reality of apartheid is that it is hard to claim that things such as rights, freedoms and self determination are the exclusive domain of one class of special people, and then convince the world your country is democratic and respectful of all the people that live there.

Read this slug of pro-Palestinian propaganda by Lisa Gleeson in Green Left Weekly.