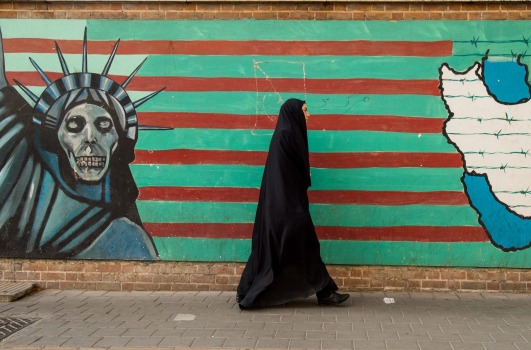 Mr Trump reimposed the sanctions as the next step after withdrawing the US in May from an agreement for Tehran to give up its nuclear weapons program in return for opening up economic ties with the West. The White House rejected the advice of international inspectors who said Iran was complying with the Barack Obama-era agreement.

But in the latest outbreak of Trans-Atlantic tension, Mr Trump warned of “severe consequences” for companies continuing to do business in Iran, prompting the European Union to reactivate a “blocking statute” to neutralise the impact on European firms.

The statute – originally designed in the 1990s to combat the impact of the US embargo on Cuba – allows European firms to recover damages from the US caused by the impact of the sanctions and nullifies in the EU any foreign court rulings based on them. They also forbid Europeans from complying with the sanctions unless EU officials give them an exemption.