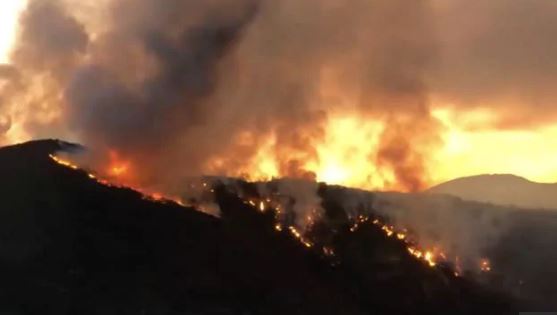 Israeli forces and Hamas militants exchanged fire overnight on Wednesday, August 8, and into the early hours of the next morning. The Israeli Defense Forces (IDF) reported missiles from Gaza hit the Israeli border areas of Sderot, Hof Ashkelon and Eshkol. An IDF spokesperson tweeted that roughly 70 missiles were fired, mostly into open areas, of which 11 were intercepted by Israel’s Iron Dome missile defense system.

At least two Israelis were injured by glass shards, the medical organization Magen David Adom reported. The IDF confirmed they responded by firing at 140 targets in Gaza. Palestinian media reported airstrikes continued through the night into Thursday morning. Schools were closed on Thursday morning in Gaza, as warning sirens continued to blare. At least three Palestinians were reportedly killed by the strikes, including 23-year-old Inas Khamash, who was pregnant at the time, and her one-year-old daughter, Bayan Khamash. At least 12 other people were injured, local news reported.

As Israeli forces responded, an emergency meeting was held by Israel’s security cabinet in the early hours of August 9. The exchange of fire came amid attempts by Egypt and the United Nations to broker a five-year ceasefire between Israel and the militant group Hamas, Turkey’s Anadolu news agency reported.