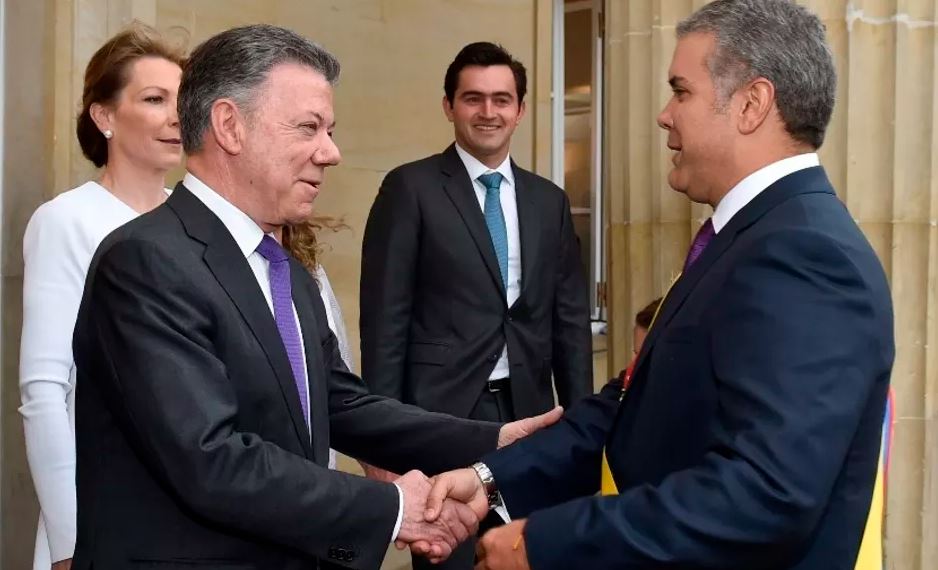 Santos “decided to recognise Palestine as a free, independent and sovereign state,” according to a Spanish-language letter that was seen by Bloomberg News in Bogota. It was addressed to Palestinian Foreign Minister Riad Malki in the West Bank city of Ramallah and signed by Colombia’s outgoing foreign affairs minister Maria Angela Holguin.

The Santos government told the incoming administration of President Ivan Duque of its decision before leaving office, the new Foreign Affairs Minister Carlos Trujillo told reporters. The Duque government would “carefully examine” the implications of the decision and would seek “to maintain a relationship of cooperation with its friends and allies,” Trujillo said.

Malki said in a statement that Santos told him Duque approved of the decision. The document also calls for direct negotiations to end the Israeli-Palestinian conflict. The letter was sent days before Santos left office along with Holguin on August 7, the date on which Duque was sworn in as president.

Read the article in The Sydney Morning Herald (from Bloomberg).

[Editor: Note how political leaders find it so easy to make an important decision when they are leaving office and therefore won’t have to be accountable. We recall Obama’s anti-Israel UN abstention vote just before he left office and how he excused himself.]