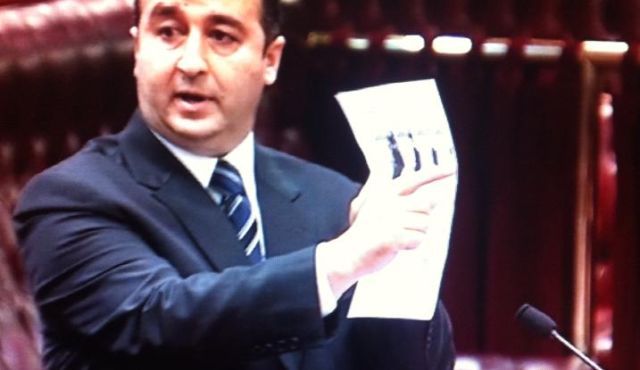 A MUSLIM MP sparked controversy at a Labor multicultural event last night when he refused entry to a prominent and respected Jewish leader.

Jewish Board of Deputies CEO Vic Alhadeff was invited to the Labor Union Multicultural Action Committee launch on Monday night but says Upper House MP Shaoquett Moselmane denied him entry claiming the event was only for Labor Party members.

But he was only invited after questioning why Mr Moselmane — who launched the event — hadn’t invited him in the first place.

The event, held at NSW Labor headquarters on Sussex St, was billed as a “conduit between the multicultural community … and the party and union movement”.

“While I appreciated the goodwill in receiving an invitation from Kaila Murnain and Mark Morey, it was unfortunate that Mr Moselmane would defy his own party leadership and deny entry to a leader of the Jewish community,” Mr Alhadeff said.

“Given that the invitation which Mr Moselmane sent to others specifically said he hoped this new organisation would become a conduit between the multicultural community and the Labor and union movement, it made no sense to exclude the CEO of the NSW Jewish Board of Deputies when we represent the Jewish community and are an active component of multicultural NSW.”

Read the article by Rose Brennan in The Daily Telegraph.