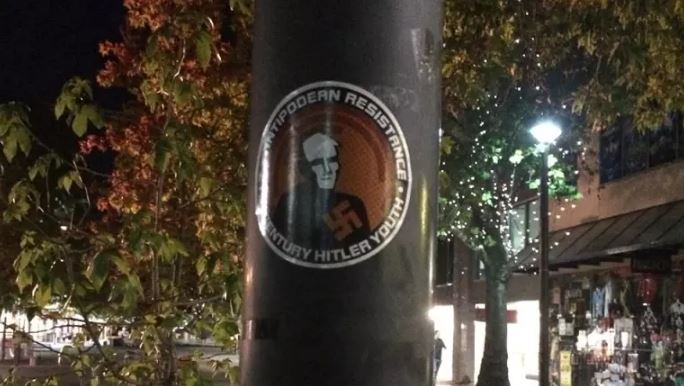 A Monash University spokeswoman, who refused to be named, said as part of a routine patrol security discovered offensive material posted around the campus.

“The material was removed swiftly, the incident was reported to police,” the spokeswoman said.

The stickers, which were put up by a neo-Nazi group on August 5, showed the swastika and a raised hand representing the Nazi salute.

“The MSA condemns the activities of all groups which seek to divide students by stoking racial tensions,” he said.

Anti-Defamation Commission chairman Dr Dvir Abramovich said it was a “sickening escalation of activity by white supremacists” who were “becoming more agitated and … determined to spread their message of hate”.

Read the article by Geordie Cowan in The Monash Leader.