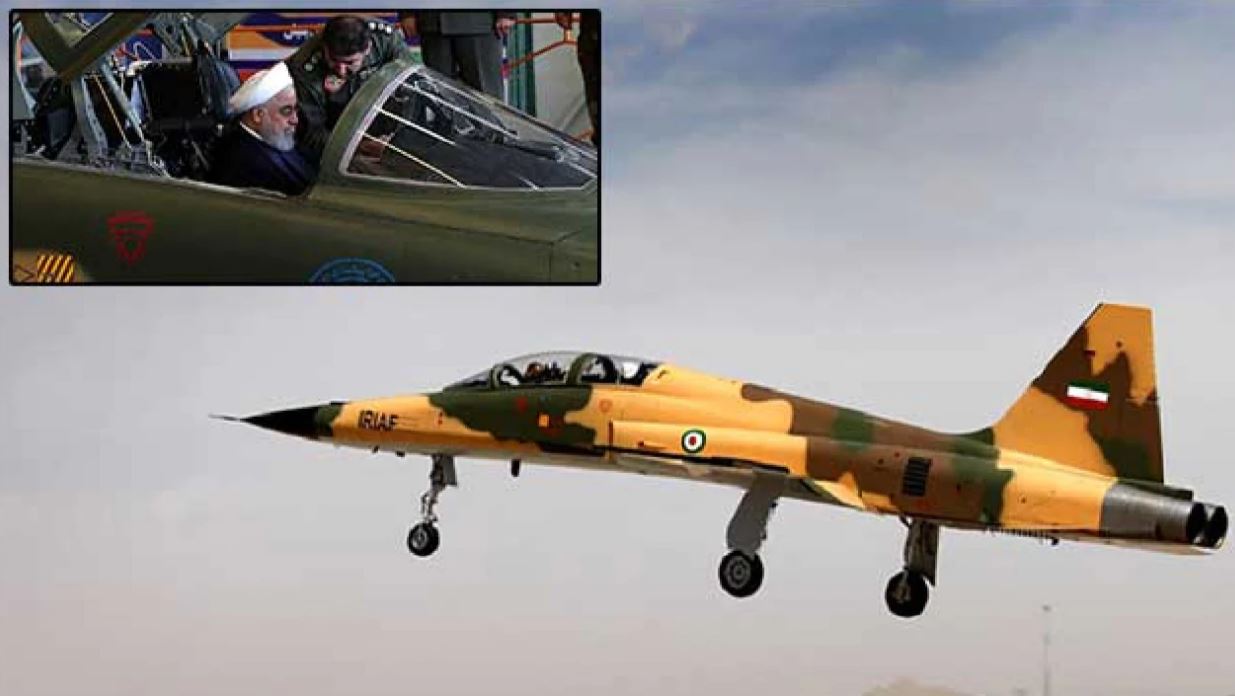 Iran threatens US with ‘recycled’ Kowsar jet from the 1950s

Military experts have cast doubt on claims that a fighter jet unveiled by Tehran as the first to be produced solely in Iran represents a technological advance, drawing comparisons to American warplanes sold to the Shah half a century ago.

Sitting in the cockpit of the “Kowsar” jet in his black clerical robes, President Rouhani was shown on state television staring intently at the controls.

He claimed that the plane was part of Iran’s deterrence against a belligerent US.

“We should make ourselves ready to fight against the military powers who want to take over our territory and our resources,” he said in a live broadcast.

“Why does the United States not attack us? Because of our power, because it knows the consequences.”

Analysts, however, immediately poured doubt on the claim and questioned the jet’s usefulness in deterring American military might.

Very different from the stealth fighter Iran has been claiming to be on the verge of producing for years, the jet on display appeared indistinguishable from a 1950s-era American fighter of which dozens were sold to the Shah’s regime.