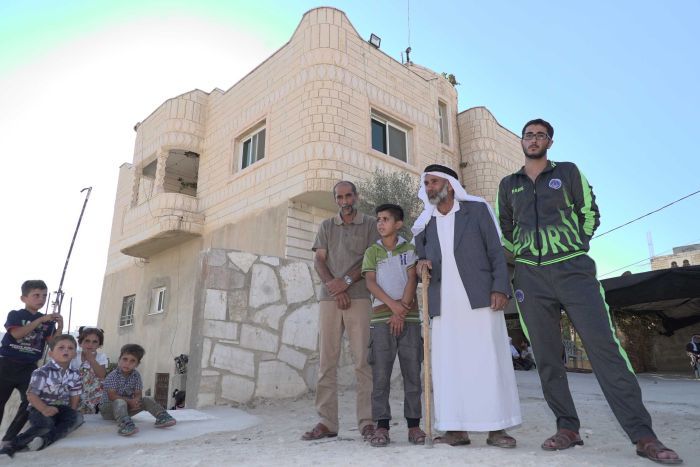 Pay to Slay: How a Palestinian attack on an Israeli sparked concerns over prison support payments

There are many new holes in the walls of Ali Yusef Jabarin’s home in the West Bank city of Yatta.

Israeli soldiers drilled them in the early hours of September 17, the day after Mr Jabarin’s son Khalil allegedly stabbed and killed dual American-Israeli citizen Ari Fuld at a settlement shopping centre in the West Bank.

The soldiers drilled the holes to assess the thickness and density of the home’s walls, so they can return to demolish the house, a contentious punishment for attacks that is part of the Israeli Security Cabinet’s “anti-terror” measures.

The family said the demolition would be a further blow after the shock of Khalil’s arrest, and it would not be the last.

Read the full article by Eric Tlozek at ABC News.