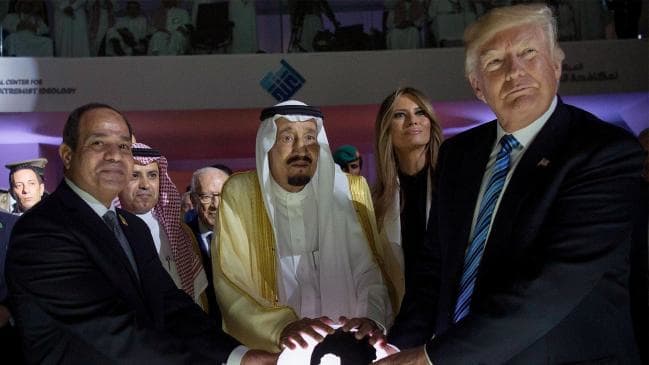 When Donald Trump, King Salman of Saudi Arabia and Abdel Fattah el-Sisi, Egypt’s President, laid their hands on a glowing orb in Riyadh last year, the theatrical gesture provoked bewilderment and derision. But perhaps the orb worked some magic.

On September 28, US Secretary of State Mike Pompeo met six of his counterparts from the Gulf Co-operation Council, as well as Egypt and Jordan, and confirmed they were fashioning a Middle East Strategic Alliance. They paid lip-service to the goals of curbing terrorism and pacifying Syria, but their priority was plain: “stopping Iran’s malign activity”.

Excitable US and Arab officials, who plan to hold a summit in January, have already dubbed it an Arab NATO. Excluding the US, the alliance’s annual defence spending would exceed $US100bn ($141bn) and it would command over 300,000 troops, 5000 tanks and 1000 combat aircraft. But MESA is unlikely to live up to its nickname. It will probably not ­operate on the basis that an attack on one is an attack on all, a principle enshrined in its Western equivalent, which Trump has undermined. Moreover, previous ­efforts at Arab military unity have ended in disappointment.