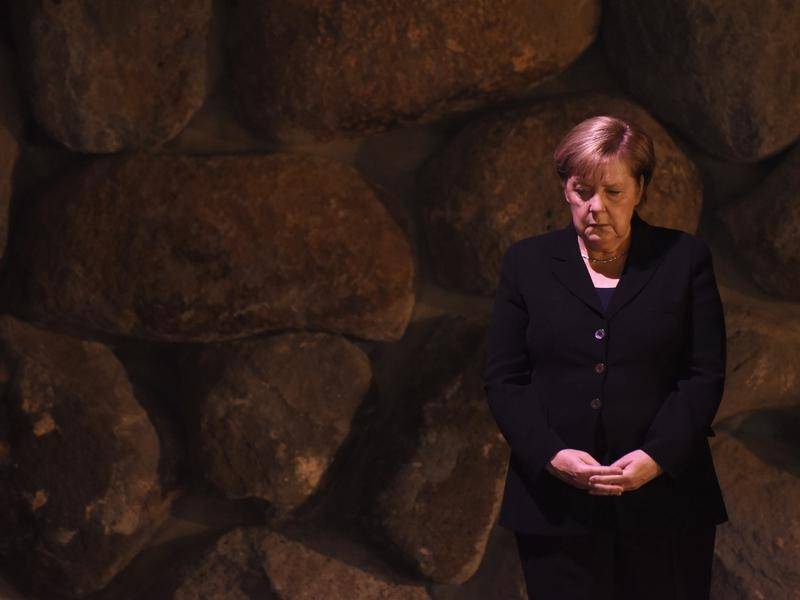 German Chancellor Angela Merkel has begun the second day of her two-day visit to Israel with an emotional tour of the Yad Vashem Holocaust memorial and museum.

Israel was established three years after the end of World War II, and the German government has paid billions in reparations to Holocaust survivors and positioned itself as a leader in combating anti-Semitism.

Under Merkel, it has been perhaps Israel’s strongest European ally.

Accompanied by Yad Vashem Chairman Avner Shalev, Merkel participated in a memorial ceremony for the six million victims of the Nazi-led Holocaust.

“The Jews in Germany suffered from hatred and violence that the world did not know was possible,” she wrote in the memorial’s guest book.