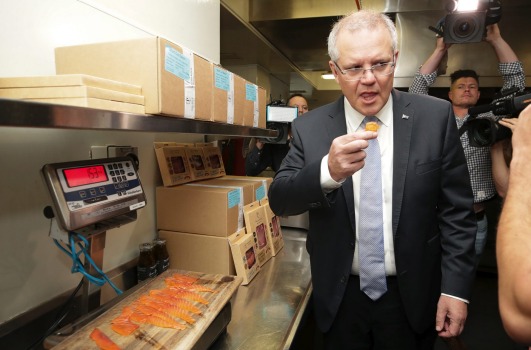 Scott Morrison is under pressure from the Nationals and farmers over the potential damage to Australian trade with Muslim countries after the Prime Minister’s shock announcement that he was considering shifting policy on Israel to recognise Jerusalem as its capital.

Mr Morrison hosed down fears that a planned free trade agreement with Indonesia would not go ahead despite the brewing backlash from Muslim nations, as the government’s policy review that could see Australia follow the US and relocate its embassy to Jerusalem won the Trump administration’s endorsement.

The dean of the Council of Arab Ambassadors, Egyptian envoy Mohamed Khairat, met with Indonesian ambassador Kristiarto Legowo in Canberra on Wednesday as part of moves to marshal diplomatic and economic pressure from all Islamic countries and force Mr Morrison to back down.

“Australia has long-standing and esteemed economic, cultural and political relations with the Arab world. We sincerely wish to preserve these relations,” Mr Khairat said.

Seven News reported on Wednesday night that Indonesian Foreign Minister Retno Marsudi had told Foreign Minister Marise Payne in a text message exchange that moving the Australian embassy to Jerusalem would be “slap Indonesia’s face” on the Palestine issue and affect bilateral relations.

Read the story by Andrew Tillett and Jacob Greber in The Australian Financial Review.