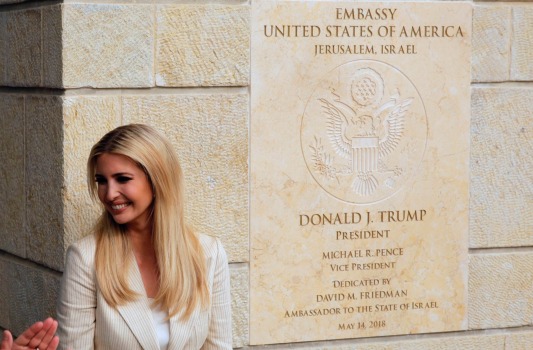 If you wanted to launch a thought bubble to see if there was any room for manoeuvre on Australia long-standing position on the central Middle East issues, would you do it the way chosen by Prime Minister Scott Morrison this week? Certainly not if you wanted to justify it in the context of Australia’s commitment to a “two-state solution”. A decision to follow Trump’s move of the American embassy to Jerusalem would essentially ditch any outcome based on negotiations between the two parties, handing Israel in advance most of the key points of a “final status” outcome.

I worked on the Middle East complex of issues over several decades in the Department of Foreign Affairs and Trade (DFAT) including as ambassador to Israel in 2001-03. One thing DFAT professionals deplore is policy made on the run. I cannot recall any critical decision, or foreshadowing of one, which had been floated so cavalierly. Its possible consequences, likely to endure over decades, are frightening.

Professionals in the Department generally approach issues in the Middle East with two thoughts in mind: Australia should not imagine it can make a difference for the better; and don’t do dumb things that isolate us. While the US may be big enough to live down the consequences, such moves attract disproportionate opprobrium for smaller powers, especially when they live in a region with major Islamic neighbours and can’t seek camouflage in a larger grouping like the EU.

Read the article by Ross Burns in the Australian Financial Review.