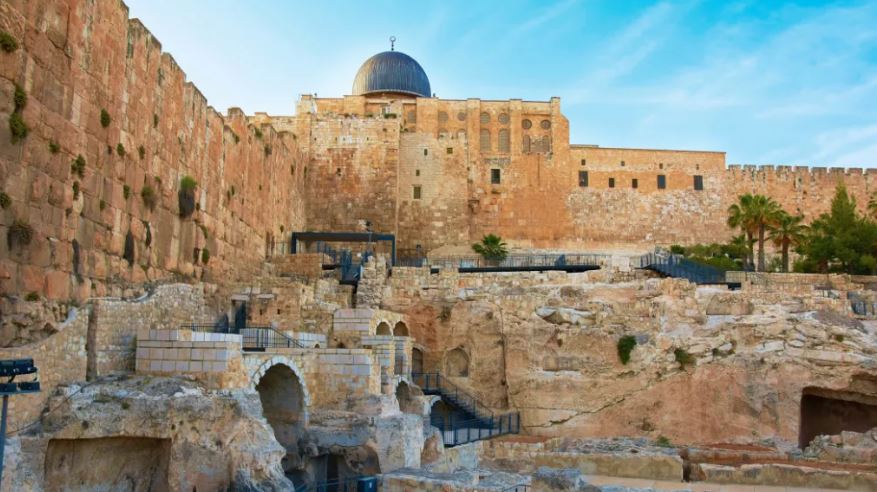 During a family holiday to Israel in January, I was snaking through the labyrinth of Jerusalem’s Old City when a T-shirt stall in the Armenian quarter caught my eye. Two T-shirts were displayed side-by-side: one bore the Palestinian flag and the slogan “Free Palestine”, the other the Israeli flag with the pledge “Israel forever”.

This juxtaposition of duelling T-shirts struck me as a fitting reflection on how a painful and complicated dispute between two peoples over land has become so totemic for posturing activists that the “debate” itself is now a kitsch tourist attraction. Presumably the T-shirt seller doesn’t give a damn which slogan people buy as long as he makes a shekel, and this makes him the sanest guy in town.

Show me a conflict that generates more dust storms, more cunning, more second-hand histrionics than the century-long Israeli-Palestinian dispute, and I’ll show you the second coming. And at the heart of this conflict is a mesmerising, elevated city of olive trees and ethereal light, a city that bears down on its inhabitants with the weight of millennia and induces messianic delusions known as “Jerusalem Syndrome”. I’ll get to the Morrison government’s Jerusalem moment shortly.

My own messiah complex is no more pronounced than usual when I visit what an iconic Hebrew folk song calls the city “of gold” but at each encounter Jerusalem’s heady assault of faith, history and modernity brings on a panic attack so chronic I want to drop to my knees, press my face against those bitterly contested stones and wait till the moment passes. Or until I’m flattened by a donkey pulling a wheelbarrow of cumin, or a quartet of Ethiopian Orthodox priests, robes flapping behind them, or a tribe of American college kids flushed after haggling with souk vendors over mini Torah scrolls when everyone, themselves included, know they’ve been ripped off bad.

Read the article by Julie Szego in The Sydney Morning Herald.