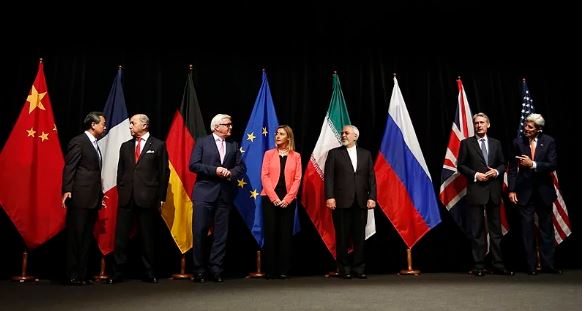 What the Jerusalem move means for a potential war in Iran

Morrison’s Jerusalem move this week could well spell a period of antagonism, even war against Iran. Why is Australia doing this?

As baby diplomats we learned always to vote in good company. Countries, we understood, were judged by the company they kept. Not any more. The countries Australia rubs shoulders with now, and the hips we are joined at, make people who used to represent Australia overseas wonder how much worse it can get. Other Australians who come back after a decade abroad say they can’t believe what we have become.

The downward trend started in 1996 when the American neo-cons began planning for the US hegemony that would follow the collapse of the Soviet Union. The times suited John Howard, who was aware of their plans long before we joined their invasion of Afghanistan and Iraq and who wanted Australia to be part of the action. He would have known the US had a list of Middle Eastern countries it wanted to “reform” — all with oil and gas capacity — in its own interests, which almost invariably matched the interests of Israel.

The only one now left on the list of seven is Iran. In 2014 Howard told a public meeting in Sydney Iran would be next. Trump and Rouhani came to verbal blows at the UNGA in September, and the US media have been speculating about where that may lead.

Read the article by Alison Broinowski in Crikey.