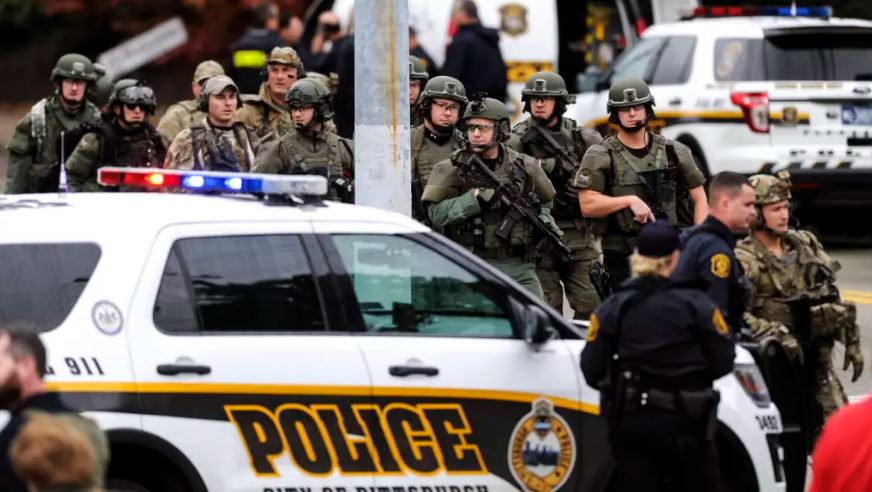 Pittsburgh: A gunman yelling, “All Jews must die” stormed a Pittsburgh synagogue during Saturday services, killing at least 11 people and wounding six others, including four police officers, before he was arrested.

“It’s a very horrific crime scene, one of the worst that I’ve seen,” Pittsburgh public safety director Wendell Hissrich told a news conference near the scene.

“This falls under hate crime,” he said, adding there was no active threat to the community and that the shooter had been taken to a hospital.

Local television cited police sources as saying the gunman walked into the building and yelled “All Jews must die”.

Officials said 11 people had been killed, and six injured, in the shooting.

Three police officers were shot and one was injured by shrapnel, Alleghany County spokeswoman Amie Downs said in an email. Two of the six people injured were in critical condition, Downs said, but would not immediately say if the count of six injured people included the suspect.
Read the report by John Altdorfer in The Sydney Morning Herald (Reuters, The New York Times).