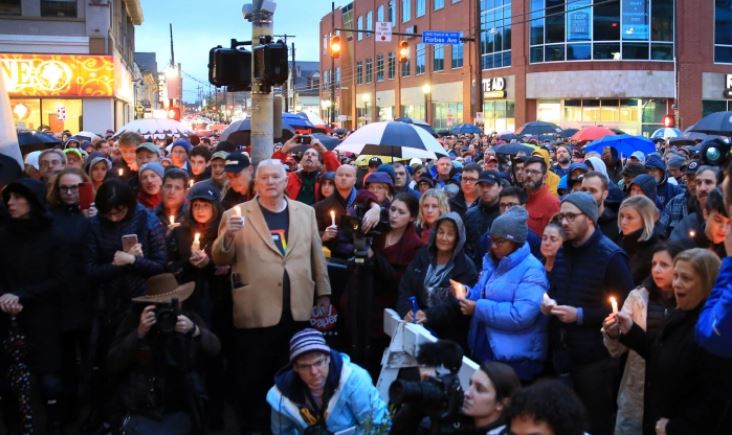 Pittsburgh: The 11 people murdered at a Pittsburgh synagogue in the deadliest attack ever on the Jewish community in the United States were mostly older worshipers, ranging in age from 54 to 97, officials said on Sunday.

The suspected gunman, 46-year-old Robert Bowers of Pittsburgh, stormed the building during a Saturday morning service. He also wounded six others including four police officers before being arrested.

Bowers, who had made statements about genocide and his desire to kill Jewish people, will be charged with federal hate crimes and could face the death penalty.

“They’re committing genocide to my people,” the suspect told a SWAT officer after being shot and captured, according to a federal criminal complaint released on Sunday. “I just want to kill Jews.”

He will make an initial appearance before a judge on Monday afternoon, US Attorney Scott Brady said at a news conference.

“The fact that this attack took place during a worship service makes it even more heinous,” Brady said.

The Tree of Life synagogue in the city’s Squirrel Hill neighbourhood, a heavily Jewish area, was holding a Shabbat religious service when the gunman burst in.

Two brothers in their 50s and a husband and wife in their 80s were among those killed, according to the list of victims released by officials on Sunday.

Read the article by Jessica Resnick-Ault & Chriss Swaney in The Sydney Morning Herald.