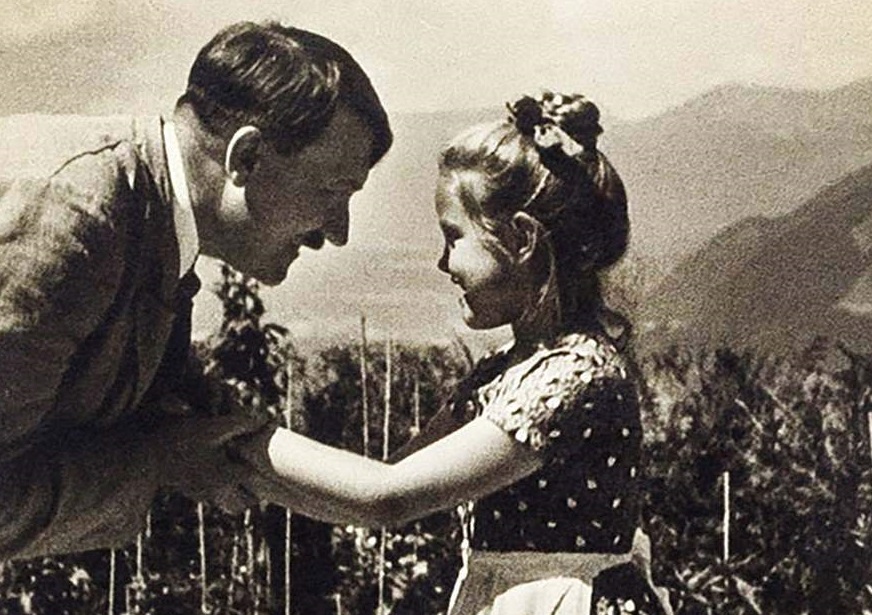 To the seven-year-old Jewish girl with the ribbon in her hair, the beaming man was simply “Uncle Hitler”.

She would knit him socks for the winter and visit his house in the Bavarian Alps for strawberries and cream.

Adolf Hitler’s friendship with Bernile “Rosa” Nienau lasted five years, even after he discovered that her maternal grandmother was of Jewish descent.

A 1933 photograph of the pair, signed by Hitler, has surfaced at an auction in Maryland, where it is expected to fetch up to dollars 12,000. Throughout the 1930s Hitler was in the habit of inviting small children to his mountain retreat at Berchtesgaden. Photographs of their visits would often be published as propaganda.

Yet his relationship with Bernile stood out. She was first invited to Hitler’s home in April 1933. They shared a birthday and were pictured together at least seven times, embracing, holding hands or locked in conversation, by Heinrich Hoffmann, Hitler’s personal photographer.

The postcard, dated to June 16, 1933, a month before Germany became a one-party state, appears to have been decorated with pressed edelweiss and a four-leafed clover by the girl. “The shocking thing about this piece is it seems he had a genuine affinity for the young girl,” said Bill Panagopulos, of Alexander Historical Auctions in Chesapeake City.

Read the article by James Massola in The Sydney Morning Herald.