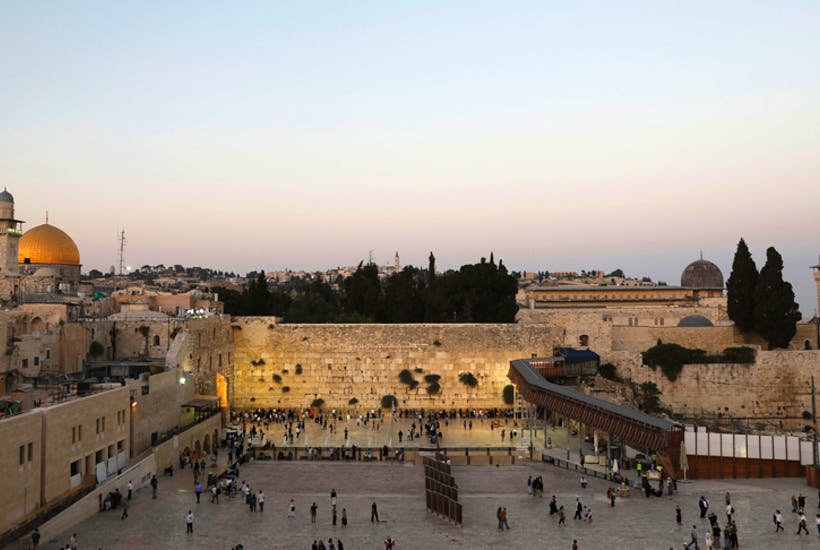 The brouhaha that followed the federal government’s announcement that Australia will consider moving Australia’s Israeli embassy to Jerusalem continues to sputter along.  Immediately following the announcement the ABC reported, correctly, that Indonesia’s Foreign Minister Retno Marsudi had expressed concerns about the announcement to Marise Payne. But the ABC also jumped the gun and reported, incorrectly, that Indonesia was considering putting the proposed Indonesia Australia Comprehensive Economic Partnership on hold. The latter proposition was swiftly and emphatically denied by Indonesian Trade Minister Enggartiasto Lukito who confirmed that the deal remains on track to be signed this year. The deal is as much in Indonesia’s interests as Australia’s.

Whilst the Palestinian cause is a highly emotive one within the 56 states of the Organisation of Islamic Co-operation, including Indonesia and Malaysia, none of these states has a record of putting its concerns for the Palestinians ahead of its own national interests. States rarely place sentiment above their national interests. The Indonesian Trade Minister’s statements should not have come as a surprise.

A second tack taken by critics of the announcement was given voice by the Palestinian Authority’s envoy to Australia, Izzat Abdulhadi, who claimed that moving the Australian Embassy to Jerusalem would be ‘contrary to international law’ and would thus make Australia ‘an international pariah’. To support the claim, Palestinian spokespeople frequently cite UN Security Council Resolution 478 which they say is a decision binding on all States under Article 25 of the UN Charter.  However, 478 only applies to action taken by Israel to assert its sovereignty ‘in the Palestinian and other Arab territories occupied since June 1967, including Jerusalem’. Israel’s government precinct is located in the western part of the city, which has been part of Israel’s sovereign territory since 1948. It is not located in the part of Jerusalem ‘occupied [by Israel el] since June 1967’. The US Embassy is located in the western part of the city, as would any other embassy, including ours.

A third criticism was the assertion that most Australians are opposed to moving our embassy in Israel to Jerusalem. A Roy Morgan SMS survey undertaken on December 14-15, 2017 was dusted off to support this claim. It asked the question: Do you support or oppose President Trump’s recent decision to declare Jerusalem the capital of Israel? The survey found 76 per cent of Australians opposed the Trump announcement and 24 per cent supported it. Implausibly, there were no ‘Don’t know’s.

The wording of the question suffered from several defects. It linked recognising Jerusalem as Israel’s capital with Trump, who on any view is a polarising personality. It also mis-characterised Trump’s decision. Trump did not ‘declare’ Jerusalem to be the capital of Israel; the US recognised it as already being Israel’s capital.

There is no way of knowing which of those who answered ‘No’ did so because they did not like Trump personally, or were put off by the controversy, or were misled into believing that Trump was ‘declaring’ Jerusalem to be Israel’s capital, rather than because they were opposed in principle to recognising the reality that Israel’s seat of government has for decades been in Jerusalem.

Israel’s parliament, ministerial offices, Supreme Court, President’s residence and PM’s residence have all been located in the western part of Jerusalem since the early days of the state. This is not part of the area that Israel captured during the 1967 war and is not designated by the UN as ‘Occupied Palestinian Territory’. It is not a part of the city that  has been the subject of negotiations for a two-state outcome.  Locating an embassy in the uncontested western part of Jerusalem would in no way pre-judge the future status of the contested eastern part of the city captured by Israel in 1967. It is ironic that some of those who argue against a unilateral embassy move on the false premise that it would pre-judge a permanent status issue in the Israel-Palestinian conflict, namely the future status of the eastern part of Jerusalem, are the very people seeking to commit Labor at its National Conference in December to extend unilateral  recognition to a Palestinian state. That move would necessarily pre-judge a whole raft of issues, including east  Jerusalem.

Read the full report by Peter Wertheim in The Spectator.