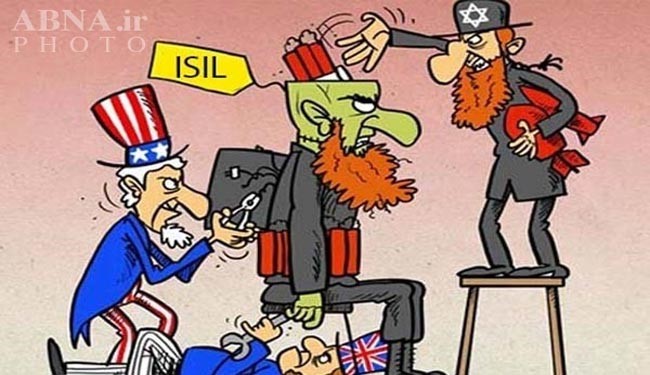 The alleged link between ISIS and Israel

In an article in Al-Anwar  titled Did Israel create DAESH Mr. Bayar Sam’aan (“Bayar”) said DAESH, in Arabic is the acronym of The Islamic State in Iraq and the Levant as is “ISIS” in English,  is subject to much obscurantism and many theories. One such is that it was  created as a natural reaction by Sunni (Islamic) groups who became disappointed with  the political situation in Iraq after the demise of Saddam Hussein and the ascension to power of the Shi’ites gaining control of the political decisions and depriving the Sunnis from any interest. The Sunnis regrouped and established fighting cells to recover their stolen wrights. Those groups benefited from the unrest in Syria and tackled the small Alawite (Shi’a) minority who, being only 20% of the Population, ruled over  the country for decades benefiting from its riches which were, in fact, concentrated  in the hands of the Syrian President Bashar Al-Assad’s (“Assad”) family and relatives.

Others propagated the theory that DAESH rose up as a result of the American failure  to establish a democratic regime protecting the rights of religious minorities and free  expression and restoring to the people the right to determine its destiny.

Others believed that DAESH arose as a result of the failure to deal with the Middle East basic problems, the Palestinian problem in particular. The western countries  only took advantage of local resources and the United States supported only  Israel and the corrupt Arab regimes. Some Islamic states tried to rely on Russia and  discovered that the extent of its support ended at the gates of Jerusalem and its  interest in and protection of Israel.

Those disappointments, others suggested, drove a Sunni coalition to return to the Islamic roots and history of prosperity and geographic extension and the need to establish an Islamic Caliphate to restore to Moslems their glory and dignity with the potential of reoccupying Spain, invading apostate Europe and declaring the Moslem religion as the sole godly religion which includes in its core beliefs Judaism and Christianity.

Bayar then said that towards the end of 2014, during a reporters’ conference with Vladimir Putin, Russia’s President, an American journalist asked him what he thought of ISIS. Putin retorted by asking:
“Who supply armaments to this organisation? Who support  those who fight Assad? And for whose benefit the war in Syria is being waged?  Why does America and others pay those warriors high wages? They captured the oil fields in Iraq and Syria and started exporting the oil. Do you think that America does not know who imports the oil from them? The importers are America’s allies. Why does it not attack DAESH especially where the oil fields are located?”

It was clear that Putin accused the United States of supporting DAESH and, together with its allies, is working to control it, but not destroy it.

Some Moslems, Bayar writes, were happy seeing DAESH restoring Sunni control and laying the foundation for a Caliphate. Others deplored its murderous actions committed in God’s name and religion as well as the internal Moslem animosities and rivalries. No united Islamic stand faced DAESH’s disfiguring the Islamic image and civilisation going back thousands of years, shedding Arab and Christian blood and emptying their regions of their original inhabitants – the list goes on.

So what is DAESH in reality Bayar asks? It displays an Islamic appearance but is not Islamic in its conduct, its aims, its management and its long term objectives. The mistake of the Moslem majority was that they behaved as spectators regardless of  the damage and wrongs DAESH is inflicting on Moslems and Christians and the  minorities in the Middle East. Bayar asks what is the basis for naming this organisation  DAESH in Arabic and ISIS in English?

Some may be surprised to know that MOSSAD, the Israeli Secret Intelligence Service uses the same name ISIS in its contacts with government offices and other bodies  overseas. The American independent journalist Brian Lamb, head of the International Organisation C.SPM hosted Israelis belonging to Humanity Against Ashke Nazi, an  international organisation comprising, amongst others, Jews against Zionism who aim to use their strength and human resources to change what they see as the wrong  political policies and the terrible pursuit of wars and persecution in the world. They  believe in the power of the people, not a small minority, to determine its destiny.

Bayar also mentions Dan Rabib, a researcher, who said that he and Brian Lamb spent months researching the secret of naming DAESH and ISIS and found that the MOSSAD uses the same acronym ISIS in its contacts with other intelligence institutions  like the CIA, Scotland Yard and others. Thus, the name MOSSAD was replaced  with the Israeli acronym ISIS standing for the Israeli Secret Intelligence Service.

Bayar says there are many indications confirming the accuracy of the assertion that ISIS is an Israeli creation used to achieve Israel’s aims in the Middle East and  he states the following indications:

Bayar concluded by quoting, what he said was a momentous statement to The Daily Scope(?) (allegedly) made by Henry Kissinger, the former American Foreign Minister:

“In the approaching (Third) World War we will kill all the Moslems in the world. We will create a new world devoted to progress and together with Israel vanquish Persia (Iran) which will become the last grave for Moslems after it boasted having recovered and became strong which is just fanciful. Iran and the Sunni Moslems will kill each other and we will destroy the survivors and occupy seven Arab countries, the most important of which is Egypt. We started implementing our plan. Egypt, Syria, Libya, Iraq, Saudi Arabia, Kuwait, Lebanon and Al-Bahrayn will fall. We need their resources. We may take over all the Arab countries who, like idols, have no knowledge or understanding of what goes on around them. I am happy with our accomplishment todate with only one step remaining to cross: to hit Iran when Russia and China wake up from their slumber. There will be a big conflagration of a great war with only the alliance between Israel and America emerge victorious. Israel will fight with all its strength and kill as many Arabs as possible and occupy half of the Middle East. We will walk over the Arabs, the Russians and Iran. Israel and America will emerge as the only power directing the world”.

Bayar called on all Arabs, Moslems in particular, to review their calculations, especially with regard to DAESH which is only a small player in a big plan.

Al-Anwar is a weekly Arabic Newspaper published every Friday dealing with political   analysis on Australian and foreign issues and gives geological information in collaboration with Mahmoud Hussein Ibrahim, Director of the Geological Centre in Egypt. It is also published in English with reporters in Canada, America, Egypt, Lebanon, Mexico and Austria. Its Chief Editor is Mr. Sam Nan. The date of the article is 26/10/17 but  it appeared in the edition of Al-Anwar dated 27/9/18.

The above summary has been written by Mr. Saeed Al Kateb who translated the full article.

[Editor: This article highlights all the incredible, unbelievable assertions incriminating Israel and America for the murderous conduct of Daesh ,the acronym of “State of Islam in Iraq and the Levant” in Arabic and  ISIS in English.]