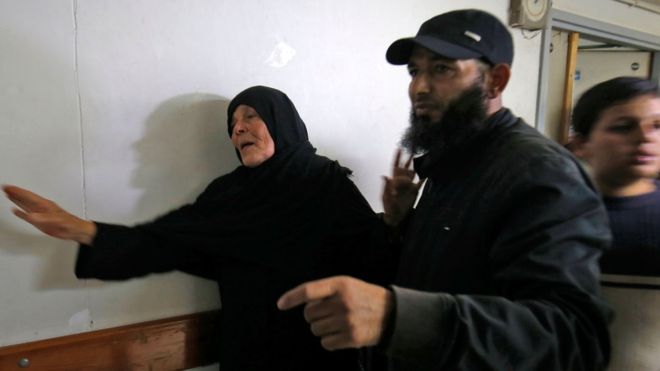 An exchange of fire erupted during an Israeli military operation in the Gaza Strip on Sunday, killing six Palestinians and an Israeli soldier, officials said, while potentially dashing hopes that a recent agreement would restore calm.

As tensions rose following the clash, Israeli Prime Minister Benjamin Netanyahu’s office said he would cut short his trip to Paris, where he had been attending World War I commemorations, and return home.

Fawzi Barhoum, a spokesman for Hamas, the Islamist movement that runs the blockaded Gaza Strip, denounced a “cowardly Israeli attack”.

After the clash erupted, sirens were reported in southern Israel indicating possible rocket fire from the Gaza Strip.

Ten launches from Gaza towards Israel were identified and two were intercepted by Israeli missile defences, the army said. It was not immediately clear where the others had landed.