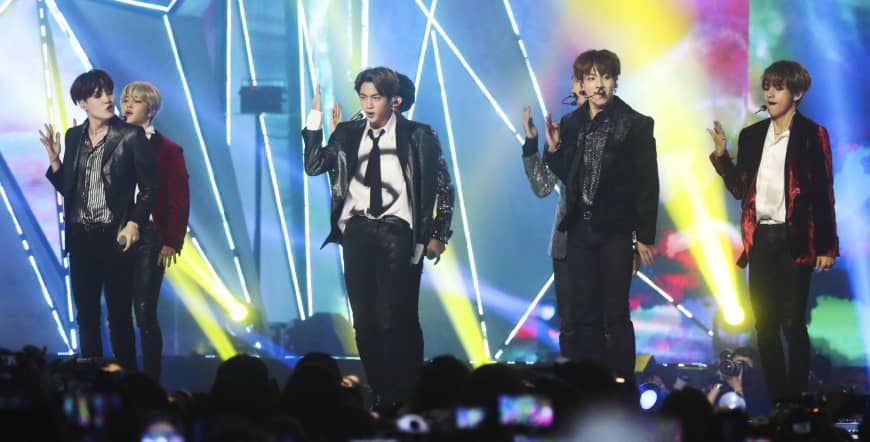 “Wearing a T-shirt in Japan mocking the victims of the Nagasaki A-bomb, is just the latest incident of this band mocking the past” says Rabbi Abraham Cooper, associate dean of Los Angeles based leading Jewish Rights NGO ‘Simon Wiesenthal Center’.

This statement comes after TV Asahi canceled the bands performance on their Friday Night programme ‘Music Station’ after being alerted that one of the members had worn a shirt with the text ‘PATRIOTISM OUR HISTORY LIBERATION KOREA’  on the back of the shirt, with a picture of the mushroom cloud of the A-Bomb that fell on Japan.

“We created it because we felt young people might have an interest in history if we included a sense of history in fashion targeting young people.” The creator of the T-Shirt stated, before going on to apologise to BTS for causing offence. TV Asahi has asked the bands agency ‘Big Hit Entertainment’ to explain the intention behind wearing this shirt. BTS have apologised for being unable to make the scheduled performance without making mention of the t-shirt.

Read the report by Johnny Au on Hello Asia.