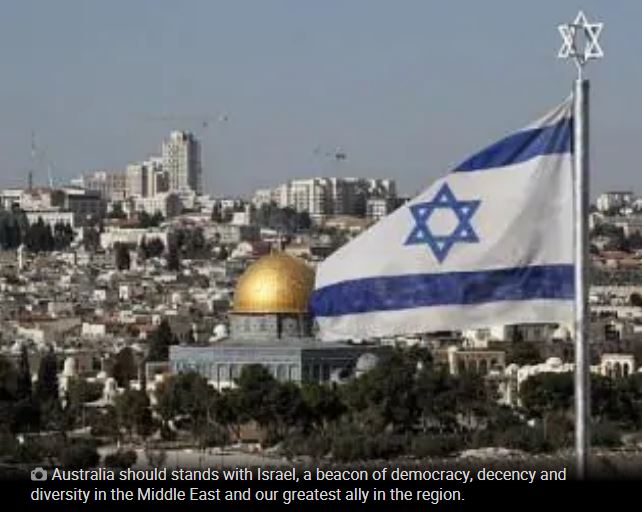 A Call to Liberal MPs

Treasurer Josh Frydenberg backs moving our Israel embassy to Jerusalem. Good: that respects a democratic ally and confounds Islamists who want Israel destroyed. But Frydenberg risks being dismissed as a Jew, defending Jews.

Senator James Paterson, who has backed the move since his maiden speech in 2016:

There have been two equally bad arguments advanced against moving our embassy in Israel to Jerusalem. First, that we should sacrifice our values-based foreign policy for the sake of economic gain. If we gave into this – as advocated by Bill Shorten – we would set a shocking precedent that Australia’s sovereign right to determine our own foreign policy is susceptible to economic threats.

Second, that we should not move our embassy because it might enrage terrorists – as suggested by Bob Carr. This would effectively grant a veto over Australian foreign policy to violent extremists. We should never allow threats of violence to cow us from doing the right thing. It would be a dangerous signal to send about the strength of our resolve.

I’m unequivocally for moving our embassy to Jerusalem… We have no better friend in the Middle East than Israel.

Given West Jerusalem is not disputed territory and not in discussion for a two state solution the move by an ever growing number of countries to do Israel the long overdue courtesy of recognising Israel’s capital should hardly be controversial.

What is controversial and needs condemnation is Labor’s unilateral push to recognise a Palestinian State without requiring such a state to acknowledge Israel’s right to exist. Further Labor needs to tell us if they support Hamas a terrorist organisation or the Palestinian Authority which is in its 14 th year of its four year term.