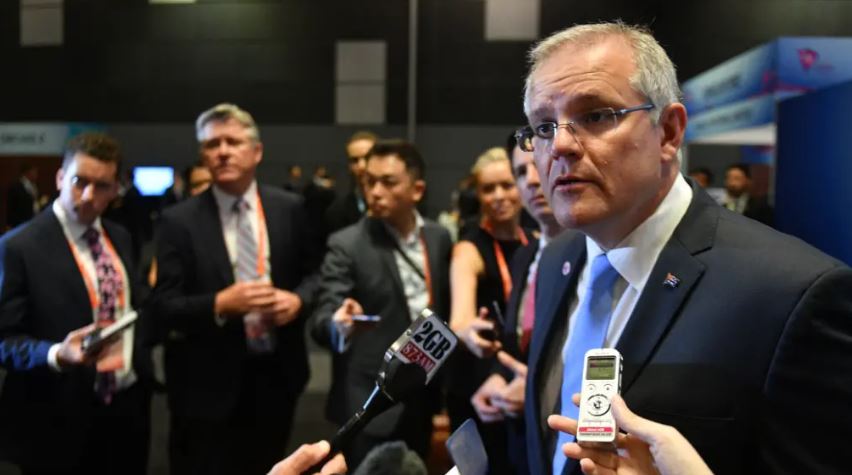 The Morrison government has told Indonesian ministers there is “less than 5 per cent” chance it will go ahead with a divisive new policy on Israel, in a comment that could clear the way for a diplomatic retreat to seal a $16.5 billion free trade agreement.

Indonesian Trade Minister Enggartiasto Lukita has been assured there is very little chance Australia will move its Israeli embassy from Tel Aviv to Jerusalem after a ferocious reaction to the idea from Muslim countries.

The private message suggests Prime Minister Scott Morrison might restore the government’s previous stance on Israel after the blowback to his policy shift, which is being described as a “captain’s call” that has hurt the Coalition.

Others within the government insist the remarks do not signal official policy and that Mr Morrison is prepared to move the embassy if it is in Australia’s national interest, despite the protests from Jakarta.

Exporters are worried the dispute over Mr Morrison’s decision on Israel has delayed a new trade deal with Indonesia, a big customer for wheat and beef whose two-way business with Australia is worth $16.5 billion a year.

Indonesian president Joko Widodo raised the issue with Mr Morrison during talks in Singapore on Wednesday, reiterating the Indonesian argument against the embassy move.

Read the article by David Crowe in The Sydney Morning Herald.