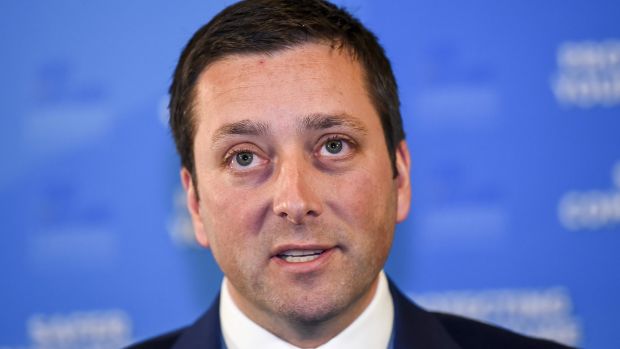 The Victorian Liberal Party have promised to kick-start setting up a trade office in Jerusalem within its first 100 days of office.

Opposition Leader Matthew Guy today unveiled the Coalition’s Victorian election plan for the first 100 days of government with headline pledges including a Counter Terrorism Minister and a health department order to shut down a heroin injecting room, both within the first 7 days in office.

The document also outlines pledges for December, including the initiation of an investigation into Labor’s so-called Red Shirt Rorts affair, as well as commitments to be made in the term post-December.

Within the document, Matthew Guy promises to commence work to establish new trade offices in Jerusalem and the Greek port city of Thessaloniki, which prompted questions about the decision to move the current Israeli trade office from Tel Aviv.

Mr Guy said Jerusalem was a growing start up hub and he wanted to help more Victorian businesses tap into business opportunities.

“The start up scene taking place in Jerusalem is mind blowing,” Mr Guy said, adding that the new trade office would help Victorians “tap into some of those unique start ups which are happening in Jerusalem, they’re fascinating, they are world leading and we want Melbroune to be a part of that digital investment.”

Read the article by Samantha Hutchinson and Rachel Baxendale in The Australian.