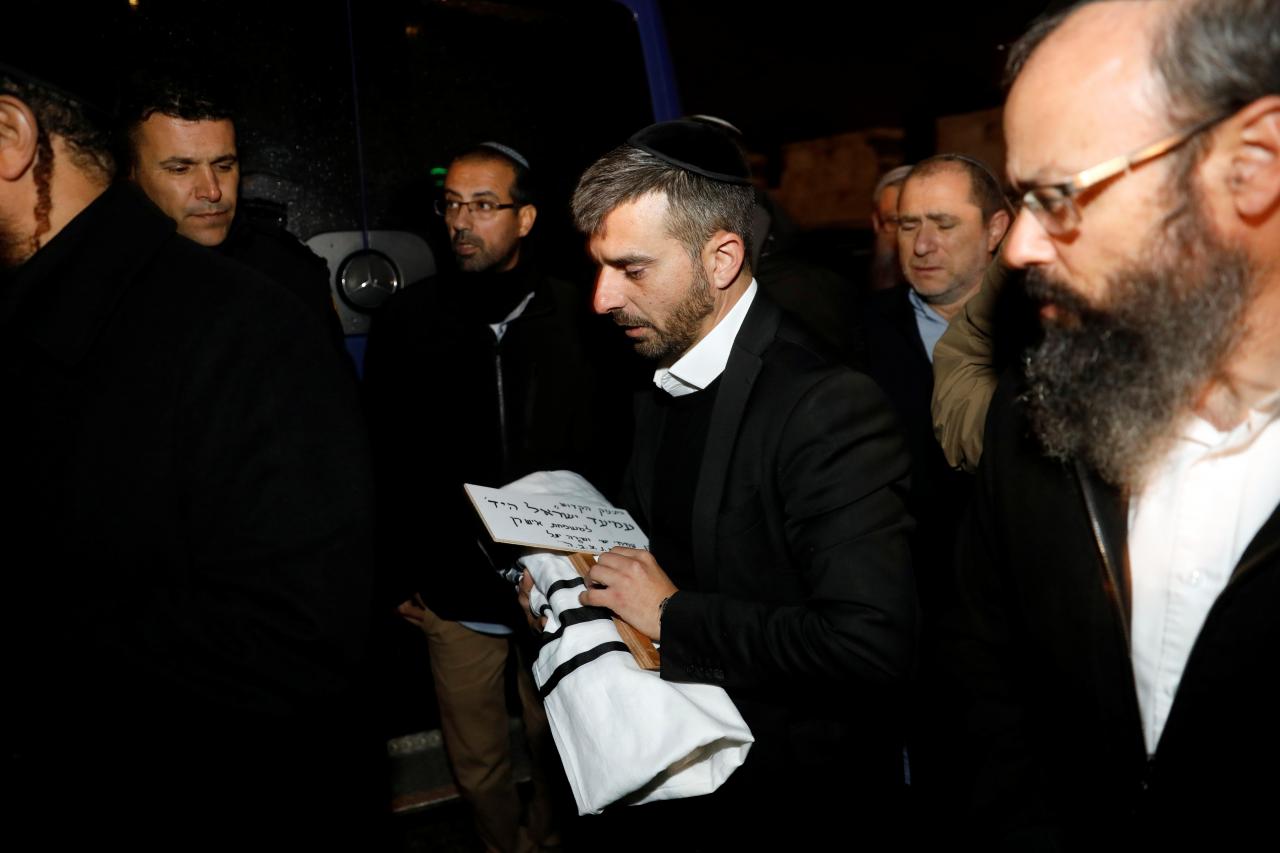 A man holds the body of a baby who died after being delivered prematurely following a shooting attack near the Israeli settlement of Ofra, in the Israeli-occupied West Bank, before his funeral at Mount of Olives cemetery in Jerusalem December 12, 2018. REUTERS/Ronen Zvulun

A baby who was delivered prematurely to an Israeli woman wounded in a Palestinian drive-by shooting in the occupied West Bank has died in hospital, officials say, hours before the gunman was killed by pursuing Israeli forces.

Shira Ish-Ran, seven months pregnant, her husband and five others were injured in Sunday’s attack at a bus stop outside the Jewish settlement of Ofra in the occupied West Bank . The gunman fled the scene in a car.

Doctors said Ish-Ran was shot in the abdomen and that her son was born by Caesarean section in critical condition but never recovered.

“My heart, our hearts, are with Shira and Avihai at the death of a four-day-old baby who does not even have a name,” Israeli Prime Minister Benjamin Netanyahu told foreign media and diplomats in a speech.

Read the report in the Herald Sun (Reuters).