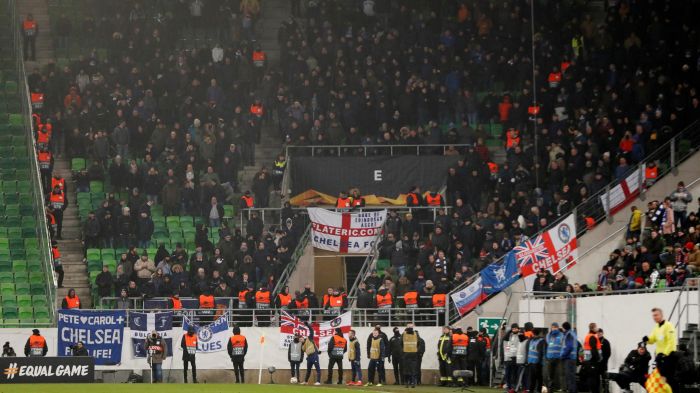 Three men have been spoken to by transport police after reports of anti-Semitic chanting on a train following the Premier League match between Brighton and Chelsea on Sunday.

The incident comes after Chelsea chairman Bruce Buck had greeted fans before the game at the Amex Stadium in an attempt to present a positive image following allegations of anti-Semitic chanting at their Europa League match at Vidi FC last week.

It also follows on from Chelsea banning four supporters pending a police investigation after the alleged racist abuse of Manchester City forward Raheem Sterling at Stamford Bridge earlier this month.

“Officers received reports of anti-Semitic chanting on board a train … at around 4pm yesterday afternoon,” a British Transport Police statement said on Monday.

“BTP attended and three men were spoken to by officers, but at this time no one has come forward to make a complaint.”

Read the article on EuroSport Football.