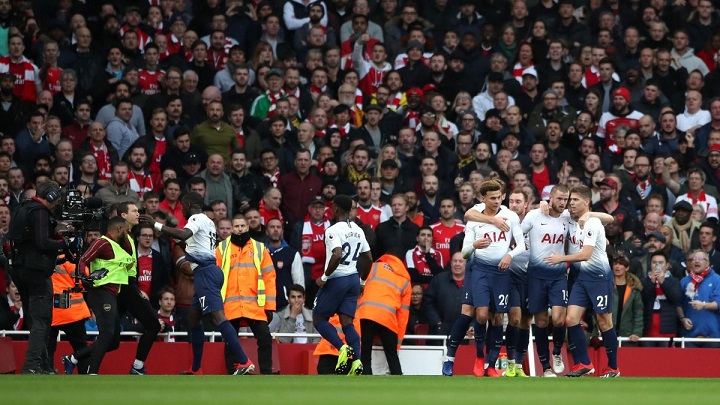 Arsenal are investigating alleged incidents of antisemitism after they played Tottenham Hotspur in the Carabao Cup on Wednesday night.

One Arsenal fan appeared to make an anti-Semitic gesture in the direction of Spurs fans in a video.

Another fan was ejected after allegedly chanting about ‘gassing Jews’.

Dele Alli was also injured after being struck by a bottle thrown from the crowd.

The player did not appear hurt and turned to the crowd and used his hands to gesture the scoreline to them.

“We have all been embarrassed by the individual who threw a bottle at Alli,” Arsenal said in a statement.

“Behaviour of this type has no place at Emirates Stadium and after analysing CCTV footage, which showed him leaving the stadium after throwing the bottle, we have identified an image of the suspect.

Read the article by Alexander Netherton on EuroSport Football.