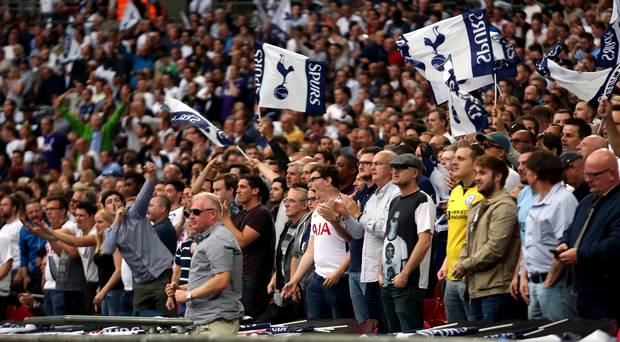 Baddiel: All fans should think carefully about the Y-word

Incidents of anti-Semitism have been reported at games involving Chelsea and Arsenal over the last two weeks.

Ivor Baddiel, the writer and director of a film about anti-Semitism, has asked football supporters to carefully consider their use of the Y-word.

The 55-year-old is the elder brother of comedian David Baddiel and has been attending matches at Stamford Bridge for 42 years. He is determined to educate fans of all clubs about anti-Semitism.

Baddiel’s film was launched earlier this year, with anti-discrimination charity Kick It Out, as part of Chelsea’s ‘Say No to Anti-Semitism’ campaign.

The short film intersperses footage of anti-Semitic chants, gestures and social media posts by football fans, alongside images from the Holocaust.

Tottenham supporters use the Y-word in large numbers, often about themselves, and there have been alleged uses of the word by fans from rival clubs, including Chelsea and Arsenal, in the last two weeks.

“Part of the education of it is, absurd as it may sound, even when fans are chanting the most horrible stuff, they might think they’re just being anti-Tottenham,” Baddiel told Press Association Sport.

“But when you’re chanting ‘Spurs are on their way to Auschwitz’… that’s the level you have to go to to show this is not just anti-Tottenham, this is horrendously anti-Semitic.”

Recent incidents allegedly involving Chelsea supporters, which prompted a UEFA investigation, and Arsenal fans have heightened awareness of the issue, which could come back into focus as Chelsea and Tottenham have been drawn together for next month’s two-legged Carabao Cup semi-finals.

Read the article from EuroSport Football.