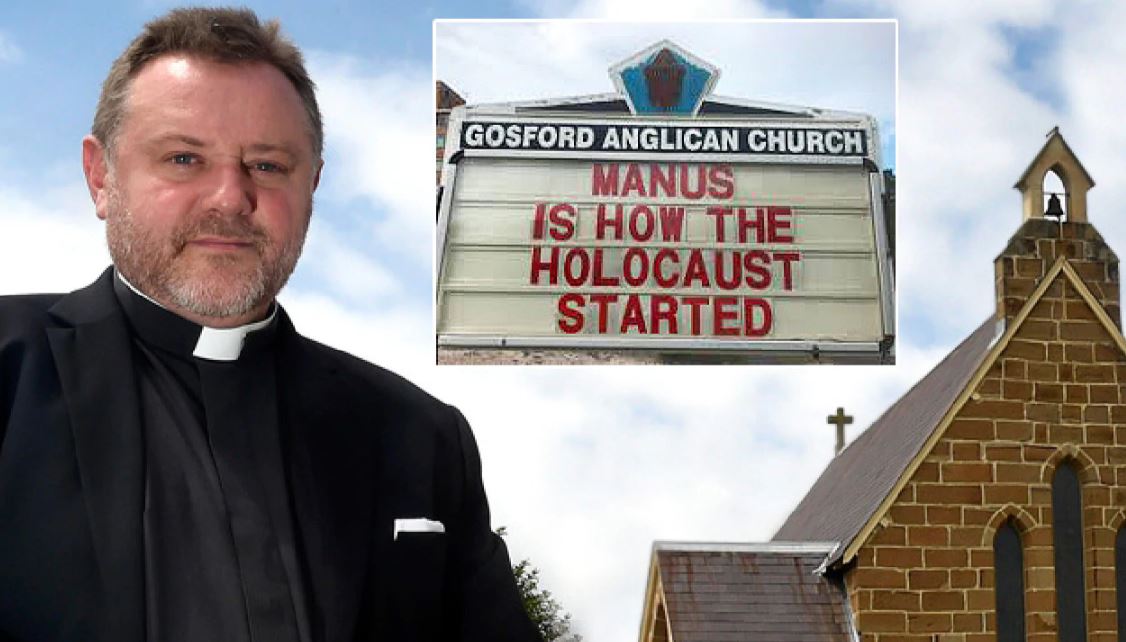 Activist priest and Senate hopeful Rod Bower has been rebuked by Jewish groups for the “offensive” and “irresponsible” comparison of the processing of asylum-seekers on Manus Island and Nauru to the Holocaust.

The Rector of the Gosford Anglican Church used his now ­famous parish sign to offer support to another priest, Catholic Father Bob Maguire, who said pictures of refugees on the islands “reminded” him of Nazi concentration camps.

Father Bower, who announced plans to run for the Senate last ­October, erected his own sign which read: “Manus is how the Holocaust started.”

He added online: “What we have done on Manus does not necessarily lead to the Holocaust but it is a necessary step on the path to that particular hell.”

NSW Jewish Board of Deputies chief executive Vic Alhadeff told The Australian the equivalence between the two was ­“deeply hurtful”.

“Comparing the situation on Manus Island to the murder of six million Jews is historically inaccurate and undermines the enormity of the Holocaust,” he said.

“Irrespective of one’s position on the detention of asylum-seekers, such analogies are both ­grossly inappropriate and highly irresponsible, as well as being deeply hurtful to Holocaust survivors and the families of the victims.”

The Australian Jewish Association also condemned the sign’s wording, tweeting late on Monday: “Grossly offensive to memory of the Holocaust.”

Read the article by Rick Morton in The Australian.