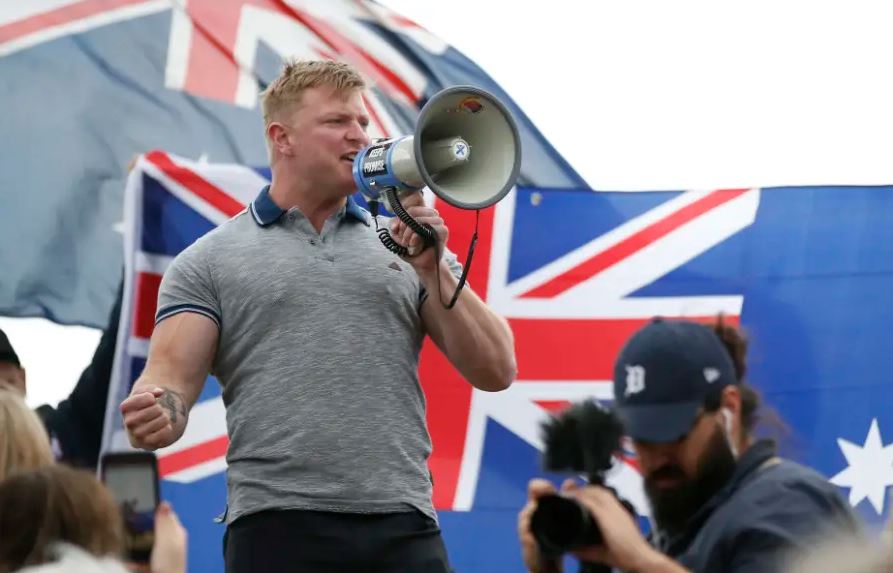 Political leaders from across the spectrum have condemned independent senator Fraser Anning for attending a far-right rally where Nazi salutes were given and for which taxpayers will be slugged at least $3000 for the senator’s travel costs.

Senator Anning has said the trip to Melbourne for the rally organised by convicted extremist Blair Cottrell was official business because “African gang violence” was “rapidly spreading to my own state” of Queensland.

Treasurer Josh Frydenberg branded Senator Anning’s attendance “unacceptable” and said “he should not have participated in such a divisive act”.

“What was particularly repugnant and abhorrent was the use of the Nazi salute,” said Mr Frydenberg, who is Jewish and whose mother was born in a fascist-controlled Hungarian ghetto. “Australians died fighting fascism and nazism, and those views should be confined to the dustbin of history. They have no place in Australia today.”

Labor’s Tanya Plibersek, who is acting as Opposition Leader while Mr Shorten is on leave, said Senator Anning’s attendance was “disgusting”, as was his use of taxpayers’ money to pay for his flights.

Mr Morrison did not specifically condemn Senator Anning, though acting Prime Minister Michael McCormack – Mr Morrison is on leave – said his “position and future in parliament is something for his conscience to decide and no doubt the voters will also have a say on that matter in time”.

Read the article by David Wroe in The Age.