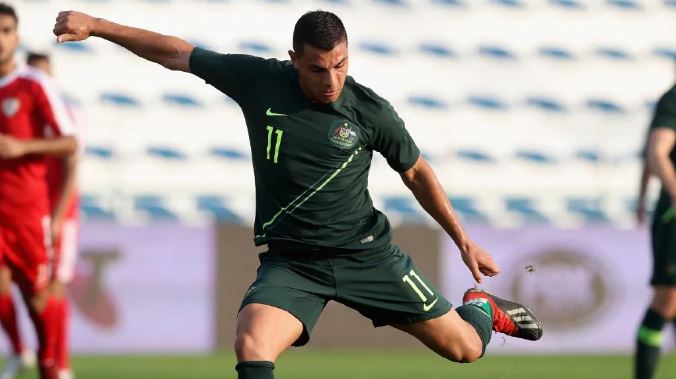 It comes after news emerged Tom Rogic broke his hand during Sunday’s shock 1-0 loss to Jordan.

Socceroos staff still say Rogic will be fit for a second group game already being treated as a final.

But the Celtic playmaker, who is also carrying a knee injury and appeared to roll his ankle in the Jordan match, only completed five minutes of light jogging at training on Tuesday with his hand bandaged up.

Forward Nabbout was withdrawn from the tournament-opener with a groin issue sustained in the final pre-match training session, while right-back Risdon was pulled off at halftime with a similar problem.

Initial predictions from within camp suggested Nabbout might be ready to return for the second match, to be played in Dubai on Friday night (EDT).

Read the article by Emma Kemp in The Daily Telegraph.