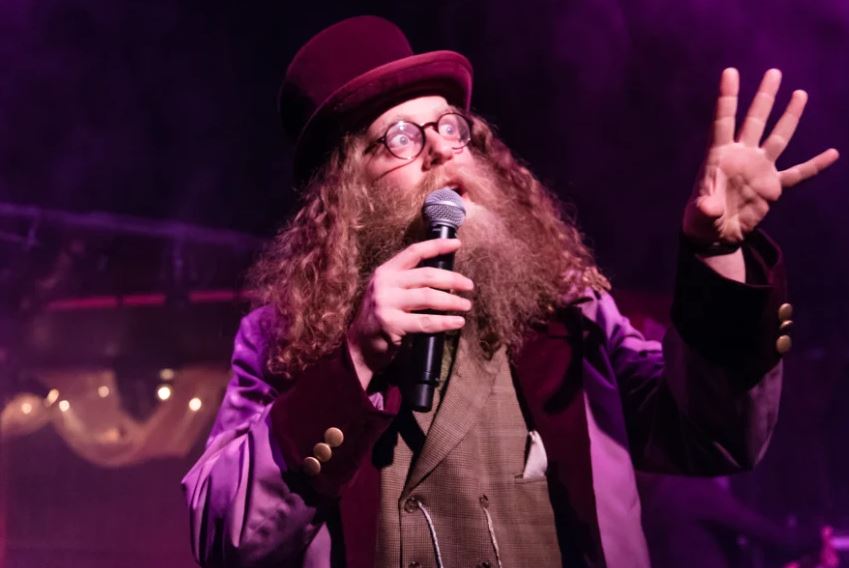 It was Holocaust Remembrance Day last Sunday and we shouldn’t forget that the horror of the Nazis sprang from a long history of violent anti-Semitism. Pogroms in eastern Europe in the early 20th century prompted an exodus of Jewish refugees, many settling in the New World.

Musical theatre might seem an unlikely choice to portray such subject matter – at least until you remember the enduring popularity of Fiddler on the Roof.

This boutique musical from Canada is set in the same decade, but is less stippled with nostalgia and finds a finer balance between looking forward and glancing back than its Broadway cousin does.

The show follows an unorthodox romance between two Romanian Jews, Chaim (Dani Oore) and Chaya (Mary Fay Coady), who escape persecution in their homeland, disembarking on Canadian shores in 1905 where the trauma of the past lingers, before yielding to life in a new land.

But the star of the show is Ben Caplan, playing a larger-than-life “wandering Jew” narrator. He’s an extraordinarily gifted performer – with vocal thunder, lightning-fast comic delivery and a beard any man might envy, who sings up an electrifying storm that encapsulates the immense vitality of Jewish culture and its adaptability.

Read the article by Cameron Woodhead in The Sydney Morning Herald.