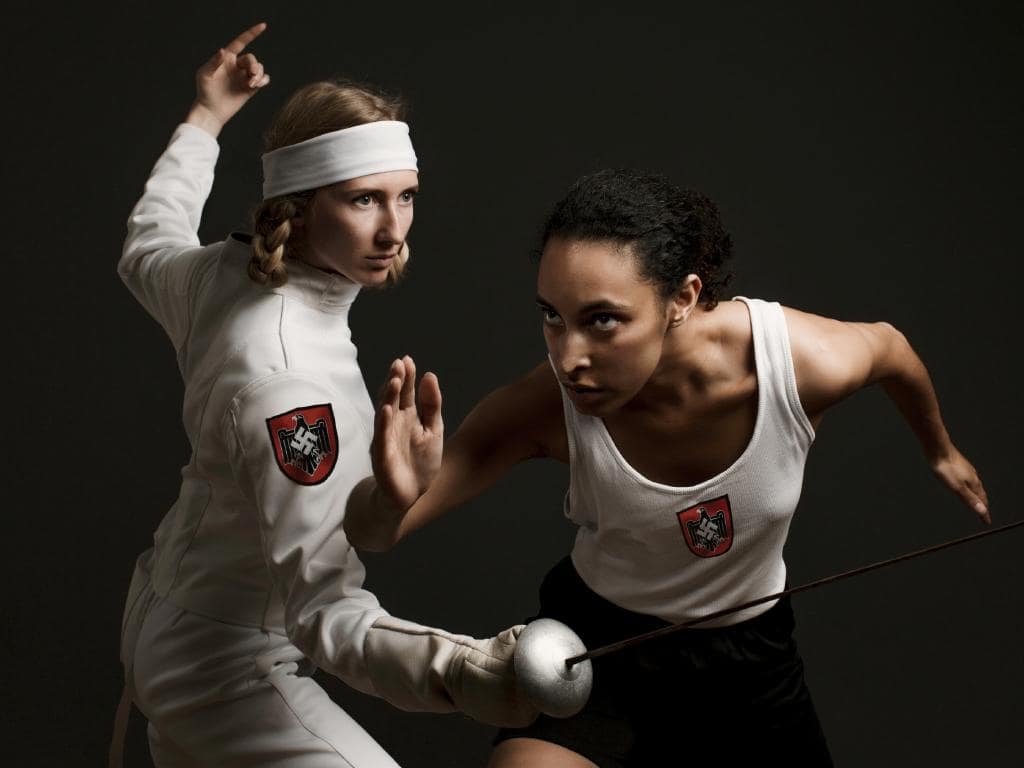 A resurgence of political extremism around the world prompted UK playwright Henry Naylor to delve back into modern history’s darkest period in search of material about the far right.

Sitting with the star of his previous plays Angel and Borders, Avital Lvova, after a performance on the African island of Cape Verde, he asked the actress whether – given her own German-Jewish heritage – she knew of any athletes affected by the rise of the Nazis in the 1930s.

“We did a Google search – and this story pops up about Helene Mayer,’’ Naylor says. “I’d never heard of her, but in the 1930s she was probably one of the biggest stars in the world … like the David Beckham of Germany.

“She won the gold medal (for fencing) at the 1928 Games, and she was a beautiful young woman, 17 years old, when Germany were readmitted into the Games after the First World War.

“It was a huge source of national pride at a time when Germany had been feeling very bad about itself.’’

Mayer lost her chance to win another gold for Germany at the 1932 Los Angeles Games when, just two hours before she was due to fight, she was told her boyfriend had died in a military training accident. She finished fifth and decided to stay on to study in the US, and was stripped of her German citizenship in 1935 under the Nuremburg Laws, because she was Jewish.

Read the article by Patrick McDonald (Chief Arts Writer) in The Advertiser.