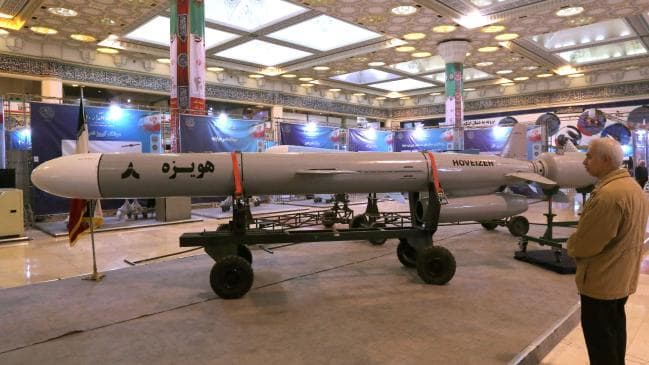 Iran has announced the “successful test” of a new cruise missile with a range of more than 1350km, coinciding with cele­brations for the country’s 1979 ­Islamic revolution.

“The test of the Hoveizeh cruise missile was carried out successfully at a range of 1200km and accurately hit the set target,” Defence Minister Amir Hatami said, quoted on state television which broadcast footage of its launch on Saturday. “It can be ready in the shortest possible time and flies at a very low altitude.”

Mr Hatami described the Hoveizeh as the “long arm of the Islamic Republic of Iran” in defending itself. It was part of the Soumar group of cruise missiles, first unveiled in 2015 with a range of 700km, he said.

The Hoveizeh unveiling was part of an arms exhibition dubbed “40 years of defensive achievements” and held in Tehran.

Friday marked the beginning of 10 days of celebrations of the ­Islamic revolution that ousted the pro-Western shah.

On Thursday, thousands of Iranians packed the mausoleum of the Islamic republic’s founder, Ayatollah Ruhollah Khomeini.

Iran has limited the range of its missiles to 2000km, but this is still sufficient to reach Israel and Western bases in the Middle East.