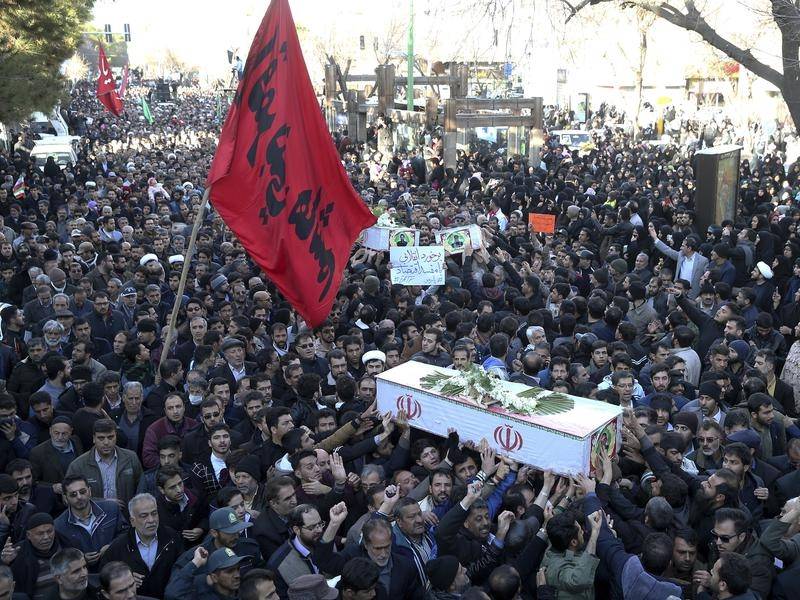 Iran has warned neighbouring Pakistan it would “pay a heavy price” for allegedly harbouring militants who killed 27 of its elite Revolutionary Guards in a suicide bombing near the border earlier this week, state television reported.

Pakistan, Saudi Arabia and the UAE deny backing such militants.

“Why do Pakistan’s army and security body … give refuge to these anti-revolutionary groups? Pakistan will no doubt pay a high price,” Jafari said in remarks live on state television on Saturday.

Jafari was addressing a large crowd gathered for the funeral of the victims of Wednesday’s suicide bombing, which took place in a southeastern region where security forces are facing a rise in attacks by militants from the country’s Sunni Muslim minority.

“Just in the past year, six or seven suicide attacks were neutralised but they were able to carry out this one,” Jafari told the mourners, who packed a square in the central city of Isfahan and roads leading to it.

The Sunni group Jaish al Adl (Army of Justice), which says it seeks greater rights and better living conditions for the ethnic minority Baluchis, claimed responsibility for the attack.

Read the report from the Western Advocate (AAP).