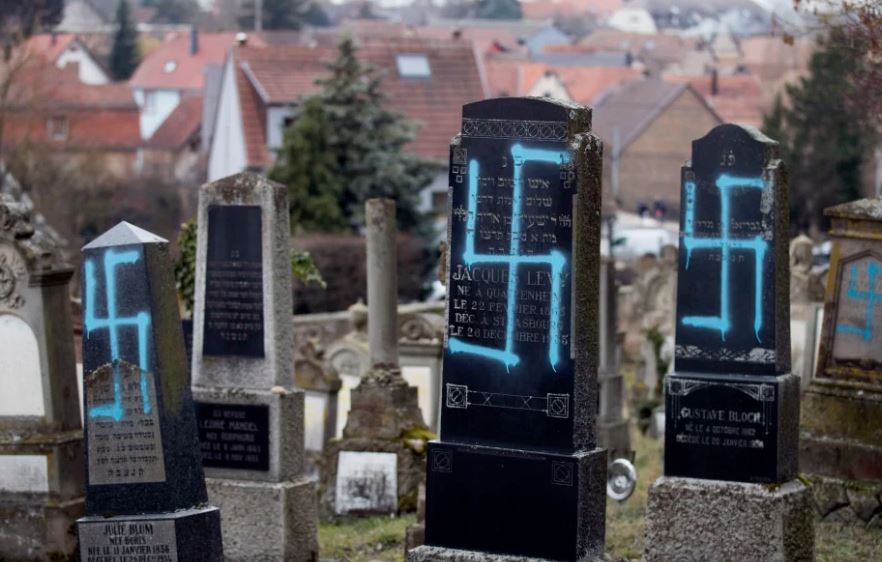 France shaken by outbreak of anti-Semitic violence and abuse

Paris: A series of attacks across France in recent days has alarmed politicians and prompted calls for action against what some commentators describe as a new form of anti-Semitism among the far-left and Islamist preachers.

The problem was starkly underlined on Tuesday with the discovery of more than 90 graves in a Jewish cemetery in north-eastern France desecrated with swastikas and other abuse. It remains unclear who carried out the attack.

“Whoever did this is not worthy of the French republic and will be punished,” declared President Emmanuel Macron as he paid homage at the site. “We’ll take action, we’ll apply the law and we’ll punish them.”

Politicians from across the spectrum will join marches against anti-Semitism across France on Tuesday evening, including in Paris. Macron will visit the Holocaust memorial in the city, together with the heads of Parliament.

France is home to the largest Jewish community in Europe, around 550,000 people, a population that has grown by about half since World War Two. But anti-Semitic attacks remain common, with more than 500 alone in 2018, a 74 per cent increase on 2017, according to figures released last week.

Almost every day over the past two weeks there has been new evidence of anti-Semitism.

Read the article by Luke Baker in The Sydney Morning Herald.