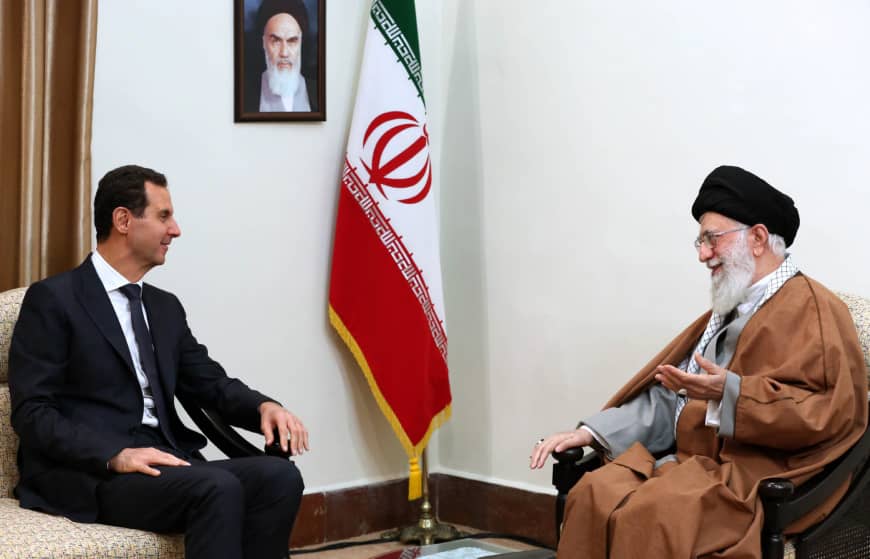 In his first visit to Tehran since the Syrian war began in 2010, Syria’s President Bashar al-Assad met with Iran’s Supreme Leader Ayatollah Ali Khamenei and President Hasan Rouhani on Tuesday. Assad’s visit and its timing (following a series of international meetings, including the Warsaw Conference, Sochi Summit and EU-Arab League meeting) is a significant event in itself.

But what makes this episode even more important is the political earthquake coinciding with his visit ­– the offer of resignation by Iran’s Foreign Minster Javad Zarif via an announcement on his Instagram page.

Keeping Zarif out of the loop altogether was an entirely different level of disenfranchisement.

Although Rouhani did not accept his resignation, Zarif’s absence during the Assad visit is an indication of an ongoing rift between moderates and hardliners in Iran. Media in Tehran report that Zarif was not informed of Assad’s visit and was left out of the whole process. Zarif’s seat in the meeting between Assad and Khamenei was occupied by General Qasem Soleimani, the commander of the Iranian elite Quds Force, the Iranian Revolutionary Guards Corps. In the presidential meetings, Zarif’s seat was occupied by the Chief of Staff to the President, Mahmoud Vaezi.

In Iran, it is well-known that the policy dossiers for Iraq, Syria, Lebanon, Afghanistan, and Yemen are controlled by the Supreme Leader. All policies, measures, and key personnel including ambassadors to these countries are determined by Khamenei, and the Ministry of Foreign Affairs only fixes the formalities and controls the consular issues. Despite these clear lines of control, always a façade of internal cooperation and unity between these forces has been shown in the public.

However, keeping Zarif out of the loop altogether was an entirely different level of disenfranchisement. The Office of the Leader could have invited Zarif to the event as a formal courtesy, as done in similar visits of foreign heads of states before. The snub appears pre-planned with a clear message to convey to the world. The question is, what is the message?