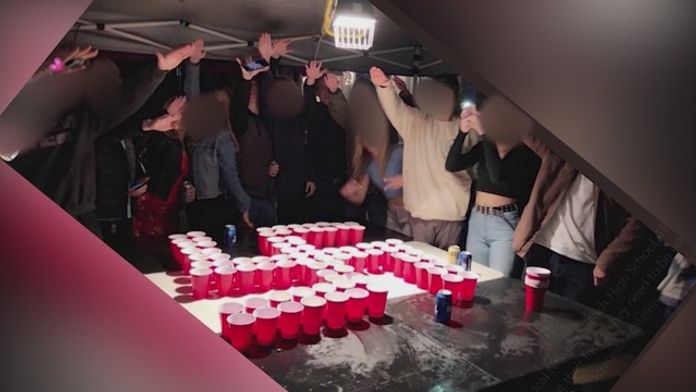 Outrage after students Nazi salute around a plastic cup swastika

Los Angeles: Newport Beach, California school officials on Sunday said they are investigating images posted on social media appearing to show a group of partying students – arms outstretched in a Nazi salute – gathered around red plastic cups arranged in the shape of a swastika.

The photos were allegedly taken this weekend at a party not affiliated with the school system.

“We were recently made aware of social media postings involving some students who created inappropriate anti-semitic symbols, and possible underage drinking,” the letter said. “While these actions did not occur on any school campus or school function, we condemn all acts of anti-semitism and hate in all their forms.”

Martha Fluor, vice president of the school board, said Superintendent Fred Navarro first alerted district officials about the incident on Sunday morning. Many of them received messages and emails from concerned parents and community members soon after, she said.

“I find it just reprehensible that we still have pockets of our community that still think this is OK,” Fluor said. “This is unacceptable behaviour both from a health standpoint with potential underage drinking as well as from a moral and ethical position.”