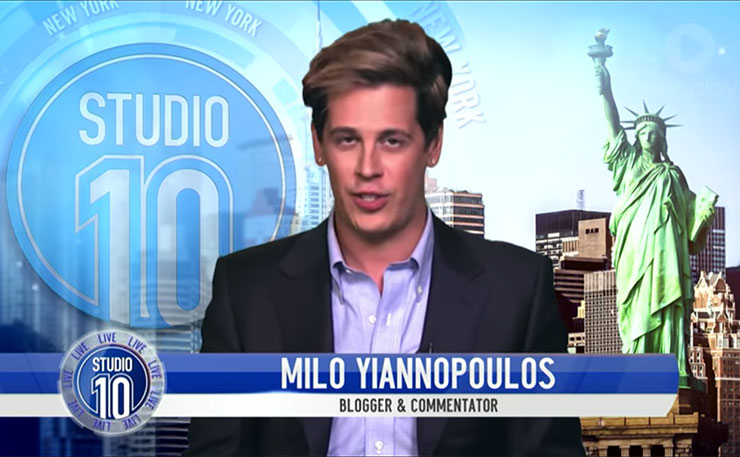 Whenever the left get really upset at losing they use the word “backlash” to explain away the fact that popular sentiment is against them. When they use “backlash” twice in the same screenshot, you know it’s epic.

This is called The XYZ Effect. The antisemitic homophobes at the ADC have lost. We, ie, The XYZ, will determine who comes into this country and by what means. In this case, The XYZ and others in the independent media have determined that a homosexual Jew who is married to a black man, supports a Muslima running as a candidate for a supposedly nationalist party, and who argues explicitly against white European nationalism can come here to speak. We assume he will arrive on a personalised jet modified to the shape of a penis or something.

Anyway, the passive aggressive narcissists at the SMH left this little misrepresentation at the end of their article, just to make it clear they think Milo must have soap fantasies:

In June last year Paypal suspended Yiannopoulos after he used the online payment system to send $14.88 to a Jewish journalist. The number 1488 is used by white supremacists and neo-Nazis because ’14’ represents the mantra of securing a future for white children and ’88’ represents “Heil Hitler”.

We’ve already debunked this one, but here it is again:

The 14 refers to the 14 words, a completely uncontroversial statement of fact:

We must secure the existence of our people and a future for white children.

Given that Milo Yiannopoulos is a homosexual Jew who is married to a black guy, and whom as stated earlier stops short of explicitly advocating for white or European nationalism, who is regularly harassed by Dying Media journalists, and given Milo’s penchant for provocative stunts, it cannot be made any clearer regarding the 88:

That was a troll.

Read the blog post by David Hiscox at XYZ.