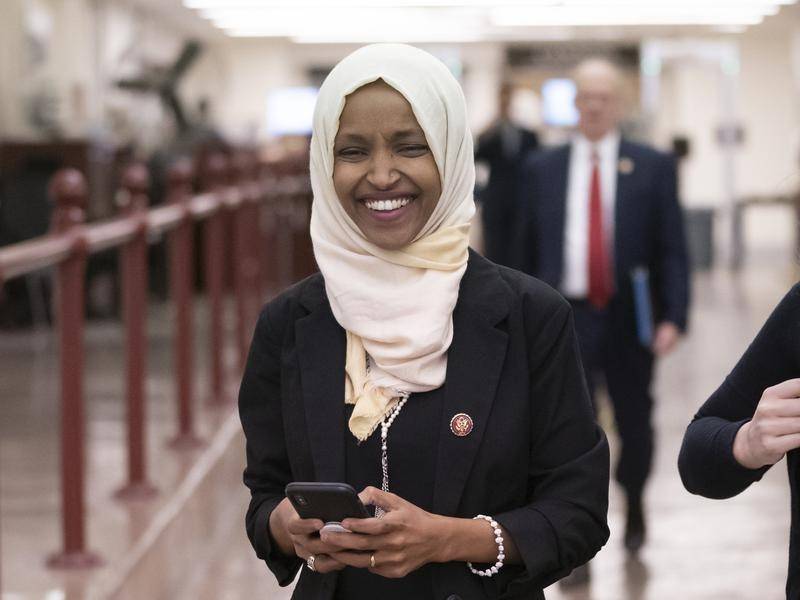 Bigotry resolution sparks debate in US

The United States Congress passed a resolution condemning anti-Semitism and other bigotry amid dispute that has overwhelmed the Democrats’ agenda and exposed fault lines that could shadow them through next year’s elections.

The one-sided 407-23 vote Thursday belied the emotional infighting over how to respond to freshman Representative lIhan Omar’s recent comments suggesting House supporters of Israel have dual allegiances. For days, Democrats wrestled with whether or how to punish the Minnesota Democratic lawmaker, arguing over whether Omar, one of two Muslim women in Congress, should be singled out, what other types of bias should be decried in the text and whether the party would tolerate dissenting views on Israel.

Republicans generally joined in the favourable vote, though nearly two-dozen opposed the measure, one calling it a “sham”.

Generational as well as ideological, the argument was fuelled in part by young, liberal lawmakers – and voters – who have become a face of the newly empowered Democratic majority in the House. These lawmakers are critical of Israeli Prime Minister Benjamin Netanyahu’s government, rejecting the conservative leader’s approach to Palestinians and other issues.

Read the article by Lisa Mascaro and Laurie Kellman in The Courier.