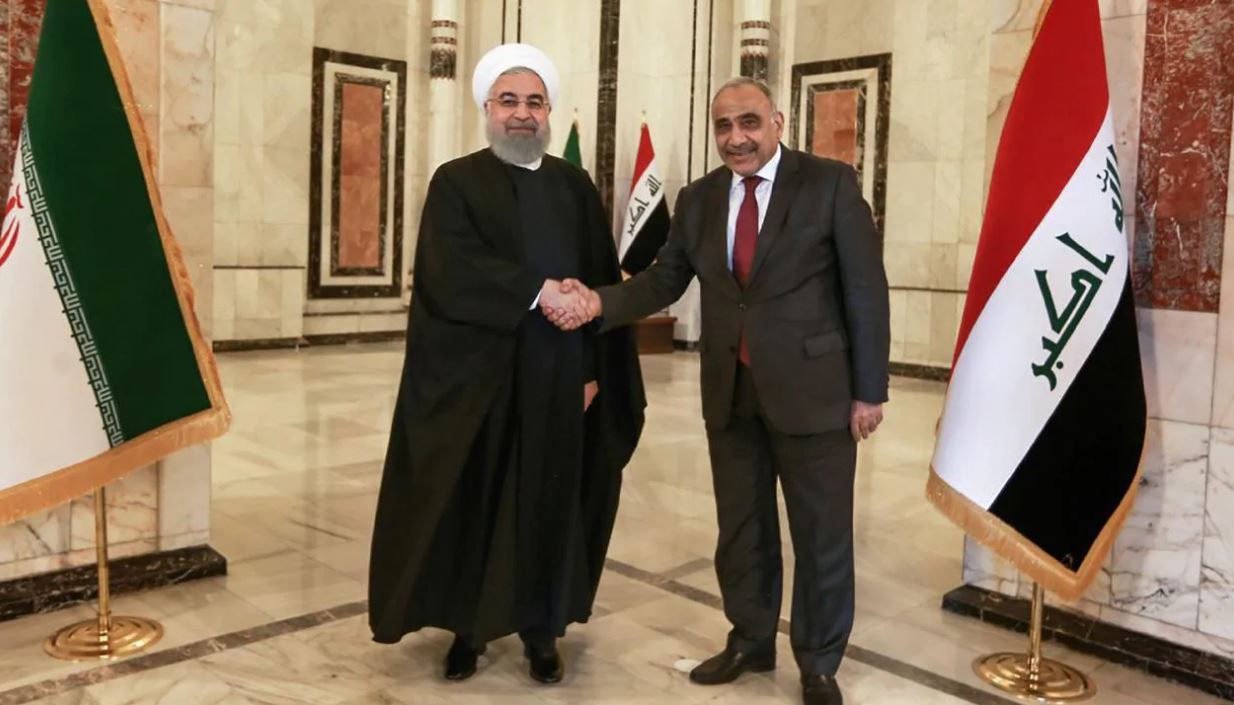 Iran seeks to sidestep US, bolster economic ties with Iraq

Iranian President Hassan Rouhani is seeking to boost economic links with Iraq on his first official visit to the neighbouring country, at a time when the US is upping efforts to curb Tehran’s regional influence.

A strong relationship with Iraq, a former enemy, is now paramount in Iran’s foreign policy. Tehran wants Baghdad’s support to mitigate the effects of sanctions reimposed by the US after it pulled out of the 2015 multilateral Iranian nuclear deal last year.

While Iraq is a major oil producer, it still relies on natural gas from Iran for more than 40 per cent of its electricity. Power shortages drove widespread protests in Iraq last year.

Iranian armed forces helped Iraq in ousting Islamic State from its territory after a devastating three-year war against the ­extremists. The two countries share a long border and are home to Shia Muslim-majority populations, helping create closer ties between them since the 2003 US invasion of Iraq.

During his three-day visit, Mr Rouhani is expected to leverage Tehran’s relationship with Baghdad to ­explore ways to keep Iran­ian gas flowing to its western neighbour and boost other trade.

In a joint press conference with Iraqi President Barham Salih, Mr Rouhani said Iran had stood by Iraq’s people and its army during difficult times — in a nod to Iran’s role in battling ISIS.

“Stability and security, and democracy in Iraq, are very important for us,” Mr Rouhani said. “We do not seek to be allied against others, but rather seek to invite other regional states to our alliance as well.”

Read the article in The Australian (from the Wall Street Journal).