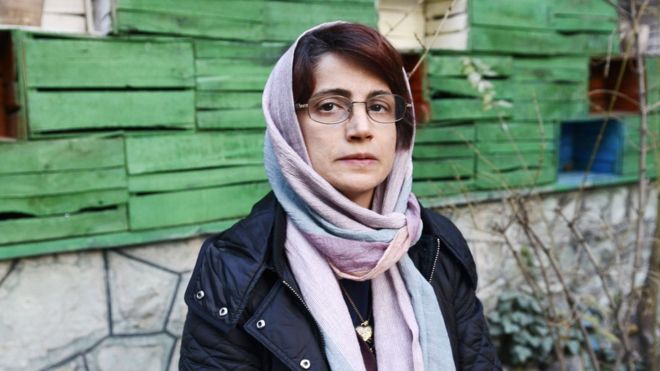 “We are outraged to hear reports that the Iranian regime sentenced…Sotoudeh to 38 years in prison and 148 lashes,” State Department spokesman Robert Palladino said on March 12.

“This sentence is beyond barbaric,” he added.

Meanwhile, the United Nations special rapporteur on human rights in Iran, Javaid Rehman, accused the Iranian government of stepping up its “repression” of human rights activists, lawyers, and trade unionists.

In the absence of an announcement from Iranian authorities, there have been conflicting reports and statements about the length of the sentences imposed on Sotoudeh.

It is time to show the Iranian regime that as a community we are protesting the vicious punishment that is being inflicted on this heralded defender of justice and human dignity.