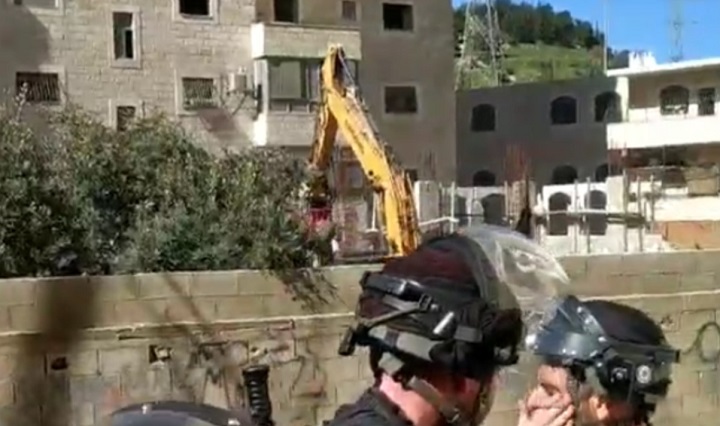 A school building under construction in the Shuafat Refugee Camp in East Jerusalem was demolished on March 19 under order of the Israeli authorities, Palestinian media reported. The owner of the building told Ma’an News Agency that he had sought the necessary permits for the building’s construction and was told the land belonged to the United Nations Agency for Palestinian Refugees. He said that Israeli authorities issued a demolition order for the building in November. In footage here, a man says that construction on the building stopped when the order was received. The school’s principal told Ma’an that 400 students had registered for the upcoming school year in the new building. School was suspended on Tuesday for the 1,500 al-Razi students, they said.

Watch footage that shows Shuafat residents and Israeli forces gathered around the demolition site from The Courier-Mail.