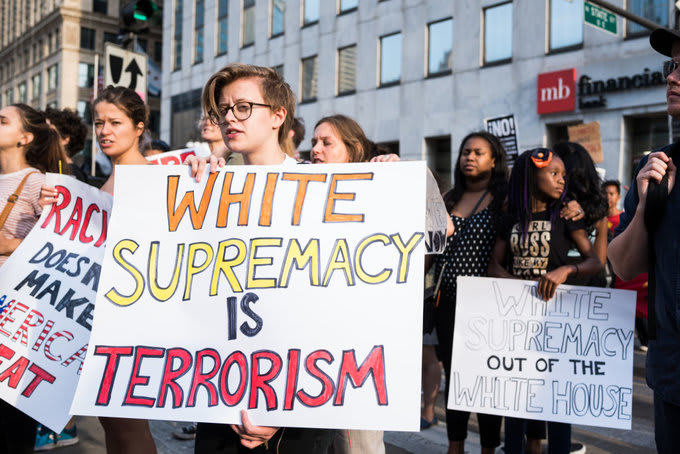 Christchurch shooting showed US how dangerous ‘white power’ has become

Last week Radovan Karadzic was finally sentenced for his role in the barbaric ethnic cleansing during the Bosnian War in the 1990s. The sentencing came less than a week after the massacre in Christchurch and while it may seem like these two stories have little to do with one another, they are both part of the global white-power movement that has turned Karadzic into a hero for white-power terrorists across the world.

The global nature of violent white supremacy rarely garners much attention. In the United States, it is often understood as a distinctly American problem, a metastasised offshoot of the country’s long history of racism. But the Christchurch shooting, which jolted Americans far more than news from the antipodes normally does, underscores just how global, and dangerous, the modern white-power movement has become.

The global nature of white supremacy is not unique to our time. The White Australia and White New Zealand immigration policies had counterparts in the US and Canada, where anti-Chinese bans in the late 19th century paved the way for more significant immigration restriction in the 20th century. A network of writers and policymakers built the framework for those immigration policies, all built on the shared belief in the supremacy of white people and “western civilisation”.

A similar global exchange fuelled 20th-century white supremacy and anti-Semitism. The anti-Semitic text The Protocols of the Elders of Zion was written in Russia, circulated throughout Europe, and was popularised by Henry Ford in the United States. Adolf Hitler and the Nazi Party studied the American South and its system of segregation to construct their Nuremberg laws, the racial caste system that paved the way for the Holocaust.

Read the article by Nicole Hemmer in The Brisbane Times.